Known as one of the most horrific serial killers in recent history, Jeffrey Dahmer was in the spotlight for more than just his murders. Some of these facts may explain why he became the murderer we know today… A childhood surgery, along with a lot of change, possibly changed his personality for the worst.Â 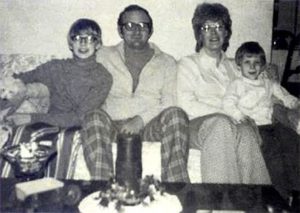 Dahmer was reportedly a happy child until he got surgery for a double hernia. At that same time, his parents also welcomed his little brother, and they relocated many times around the state of Ohio. Investigators believe these experiences could be huge causes to the change in his psyche. He was obsessed with small animal bones as a child. Even from a young age, Dahmer was obsessed with animal bones. He liked finding them and playing with them, especially figuring out how they’d fit together. That is something his father encouraged since he thought it was purely scientific interest. He was an alcoholic in high school. 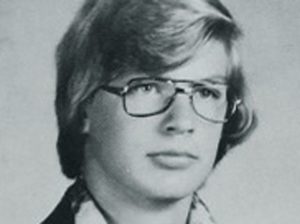 In high school, he began to abuse alcohol daily. He would smuggle in beer, wine, and liquor to drink it during the school day. This was a huge part of why he did poorly in school. Teachers said that he lacked motivation over intelligence. His first murder was committedÂ three weeks after graduatingÂ high school. In the summer of 1978, Dahmer picked up an 18-year-old hitchhikerÂ named Steven Mark Hicks. Dahmer somehow convinced Hicks to go home with him for a couple of drinks, where he bludgeoned Hicks to death with a 10-pound dumbbell. He was a combat medic in the U.S. Army. In 1979, he enlisted in the U.S. Army. He served as a combat medic until 1981, when he was honorably discharged after being accused of sexual assault of fellow soldiers and alcoholism. Dahmer killed four men while living in his grandmothers home.Â 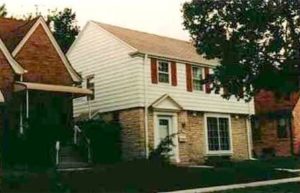 After returning from his service, he eventually moved in with his grandmother. That’s when he would frequent bathhouses, lure young men back to her home, and murder him. She eventually asked him to move out due to all of the men he would bring home and the bad smell emanating in the basement. Dahmer was obsessed with the Exorcist films. After his arrest, he told investigators that he always watched the Exorcist films as well as Star Wars films before he would do the killings. Sometimes, he’d even watch them with his victims… He wanted to build an altar of human skeletons. 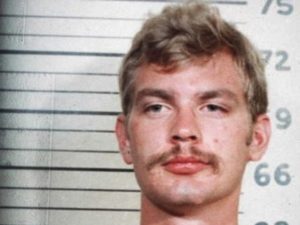 After his would-be 18th victim escaped, police raided his apartment to find a horrid sight. There were two complete skeletons, bodies dissolving in a drum of acid, and bleached skulls in the closet. He said that he was trying to make an altar of human bones so he would feel more at home. Dahmer became a born-again Christian while waiting for his death sentence.Â  No one is sure why this obsession with Christianity was born in prison, but he took it very seriously. He was even baptized in the prison whirlpool in 1994, just a few months before his death. His father wrote a book about Jeffrey after he was captured. 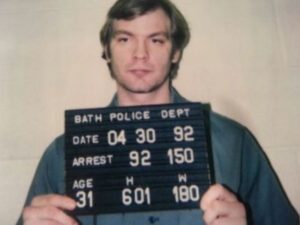 His father,Â Lionel, wrote a book called, “A Father’s Story.” His goal was to investigate how he failed as a father, not to defend the serial killer.