There’s a lot of rumors and misinformation surrounding the mysterious murders of Abby and Andrew Borden in 1892. Abby Borden Was Lizzie’s Stepmother Contrary to popular belief, Abby Borden was actually Lizzie’s stepmother, not her birth mother. Lizzie’s mother passed away when she was just three years old. It only took her father, Andrew, three years to remarry. So, Abby has been involved with most of Lizzie’s life and did have a part in raising her, but they were not blood-related. Her Father Was Not Well-Liked Andrew Borden was considerably wealthy but known to be stingy and cheap. Even with their amounts of money, he forced the family of four to live in a small home with no indoor plumbing. They also had one maid, where families with their same wealth had multiple. He was also like this in his business practices, which had him making tons of enemies. Lizzie had expressed before that she feared for his safety because of it. 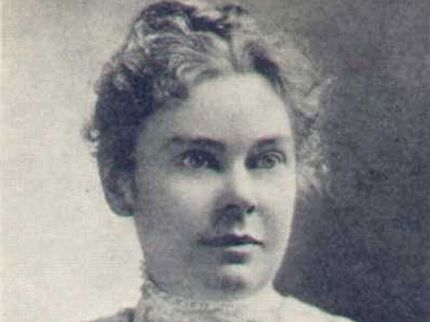 Many rumors say that she was outside, doing laundry. That is not the case. She was indeed inside the home but was never investigated for the murders herself… The Jump Rope RhymeÂ Spread Misinformation Lizzie Borden took an axÂ and gave her mother forty whacks. when she saw what she had done, she gave her father forty-one. Abby Borden only 19 wounds on her body, not 40. Her father had 10, not 41. Also, she didn’t use an ax, but a “hatchet-like” weapon. Lizzie Tried To Buy Poison The Day Before Records show that Lizzie attempted to buy prussic acid, aka hydrogen cyanide, at a local drug store. They denied her because she didn’t have a prescription. What was she going to do with that?

There Was No Blood on Lizzie When Police Arrived

This was one of the hardest things to prove about Lizzie. When police arrived, she had no evidence of blood on her. Remember: There was no indoor plumbing in the home, so washing the blood off would not be an easy feat. Also, the series of events is a bit of a stretch as well. Lizzie would have had to kill Abby, change her clothes and wash the blood off, go and talk with the maid for 30 minutes, kill her father, change and wash the blood off again, and then hide all of the clothes and the murder weapon. It’s a stretch. No Physical Evidence Found Even though police searched the crime scenes, there was no physical evidence tying Lizzie to the murders. Fingerprinting was available but new, and the police didn’t want to bother with that. Lizzie Was Not Antisocial or Reclusive As Rumors Said To paint Lizzie as a creepy murderer, rumors spread that she was an antisocial weirdo. That was actually far from the truth. She was a popular woman involved with a lot of community affairs. She had a helping hand in a lot of organizations within her church and even got involved with social movements of the time. 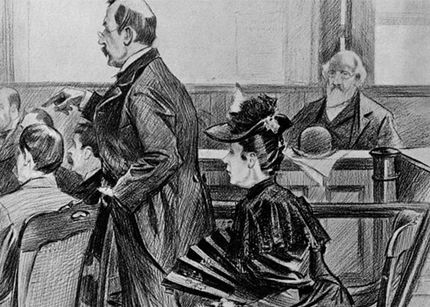 An Hour and A Half Deliberation

The trial began on June 5th, 1893 and ended on June 20th. The juryÂ deliberated for only an hour and a half and declared her innocent. Lizzie Was Shunned For The Rest of Her Lie Even though she was acquitted for the murders, the community didn’t take kindly to her. She and her sister tried to live their lives, but that just didn’t work out. Eventually, she and her sister stopped talking for good.