A tractor-trailer truck was discovered abandoned with its doors and vents locked from the inside, upon further investigation, multiple bodies were removed from the vehicle.

After the truck’s discovery, the British police immediately launched a murder investigation. The truck was isolated, and the driver wasn’t found until several days after the case expanded itself.

All the victims were pronounced dead at the scene, 38 adults and one teenager. The police figured that the truck was coming from Bulgaria, and had passed through Hollyhead port in North Wales. Hollyhead is the busiest port around England that distributes all the way north to Ireland. It is likely that this driver just slipped through the cracks in the busy port, and avoided getting checked by authorities. 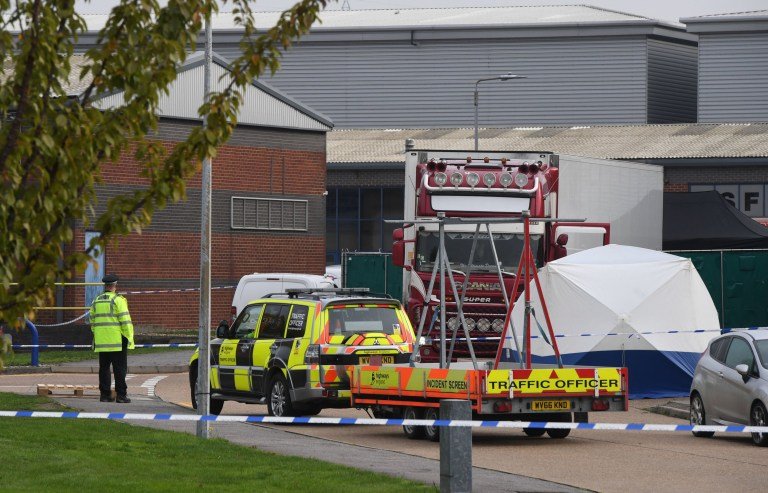 None of the victims have been identified yet, according to the police this will be a “lengthy process.” The police are working diligently on this case, and they stated that they would release more information as the case develops.

Not only is this a major tragedy for the English community, but it is also an enormous eye-opener for the Brittish authorities. Since this happened on such a large scale, it is safe to assume that this human trafficking transportation is more common than they previously thought.