911 Operators Talk About the Weirdest Emergency Call They've Ever Recieved

911 operators have the duty of dispatching help to a person in need of it. They have to deal with some pretty intense circumstances. Sometimes, a child who can barely talk is calling the police because their parent won't wake up, or an elderly person who is suffering hallucinations calls because their room is moving and talking to them. It's a difficult job to navigate, and there's very little room for error.

With that being said, that doesn't mean they're not like every other "customer service" job. They still have some pretty bizarre calls that end up either not being true or being just as unusual as the caller is telling them. 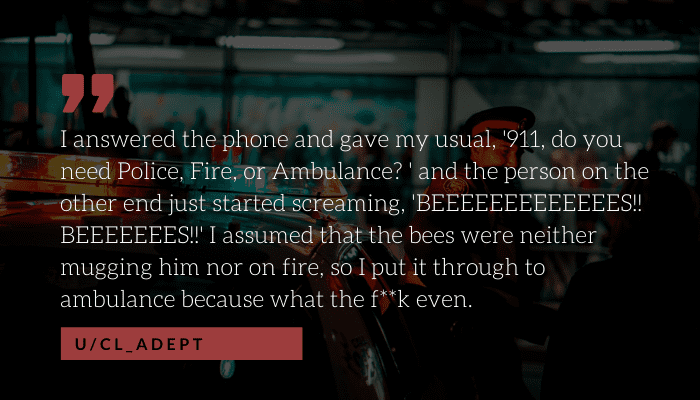 In a high-stress environment such as a call center, you would usually go into a call expecting the worst. When the caller on the other side of the phone is screaming the word 'bee's' over and over again, it's kind of hard to navigate. That's the job!

Other calls are just as bizarre as the caller is describing... Albeit, some information they get is wrong. This call got one of the top comments on Reddit. 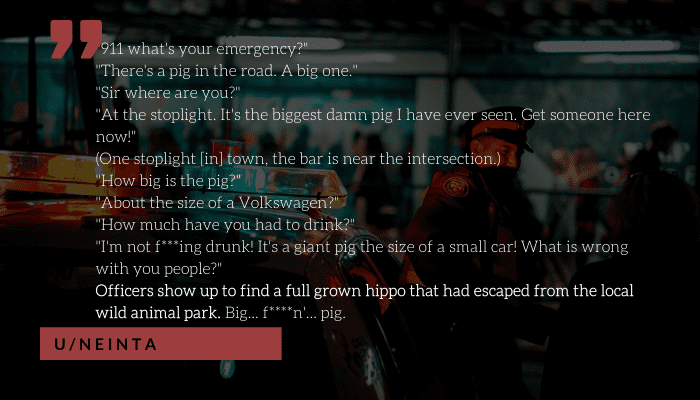 Sometimes, a 911 operator will have to take the callers word for it. Granted, it wasn't a giant pig but an escaped hippo (close enough). If that 911 caller thought that this guy was just drunk, this hippo could have gotten hurt or hurt somebody! It's an extremely difficult call to make, despite how hilarious the situation is. 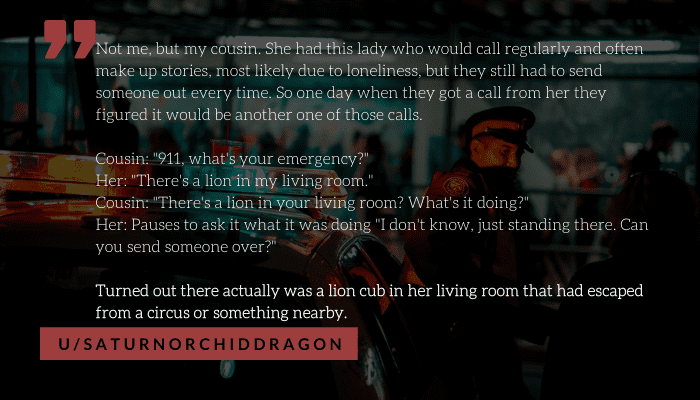 She was pretty nonchalant about the situation, but it was a good thing that this operator took her claim seriously. This is the type of claim that is straight out of a movie... Even though this caller likes to frequent the 911 lines, she won't be able to make this up.

You have to hand it to them: being a 911 operator is extremely difficult and emotionally exhausting. They have to be on their toes and remain calm all day, even with bizarre calls like this. Luckily, all of these operators made the right move in taking these seriously... Even though they're entertaining, they are dangerous situations! Yes, even the bee's.