A Brief History of Krampus

Germans have their own version of Santa who comes around during the Yule season, but they also have Krampus. St. Nick and Krampus don't really get along, but Krampus does his bidding for him every Krampusnacht.

St. Nick is a jolly man with rosy cheeks and a white beard. Krampus is a half-demon, half-goat who punished children who misbehave. In most folklore, Santa gives misbehaving children coal. In German folklore, Krampus comes along to kidnaps them. 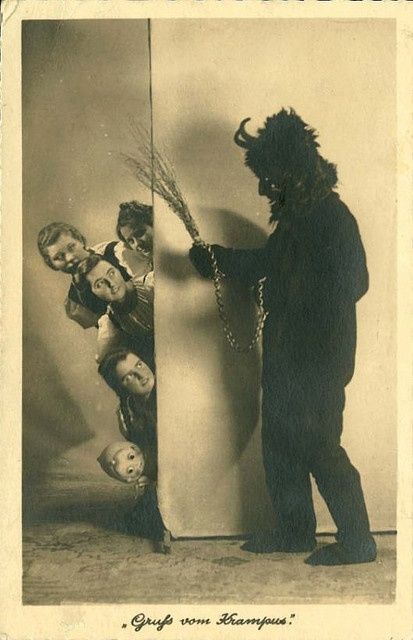 Krampusnacht takes place on the eve of December 5. While St. Nick is running around and giving the good kids treats and toys, Krampus is right behind him snatching up the naughty ones. He roams the streets with chains and bells to let the bad kids know that he's coming for them.

Once he kidnaps them, he takes them back to his lair to either drown them or eat them alive. 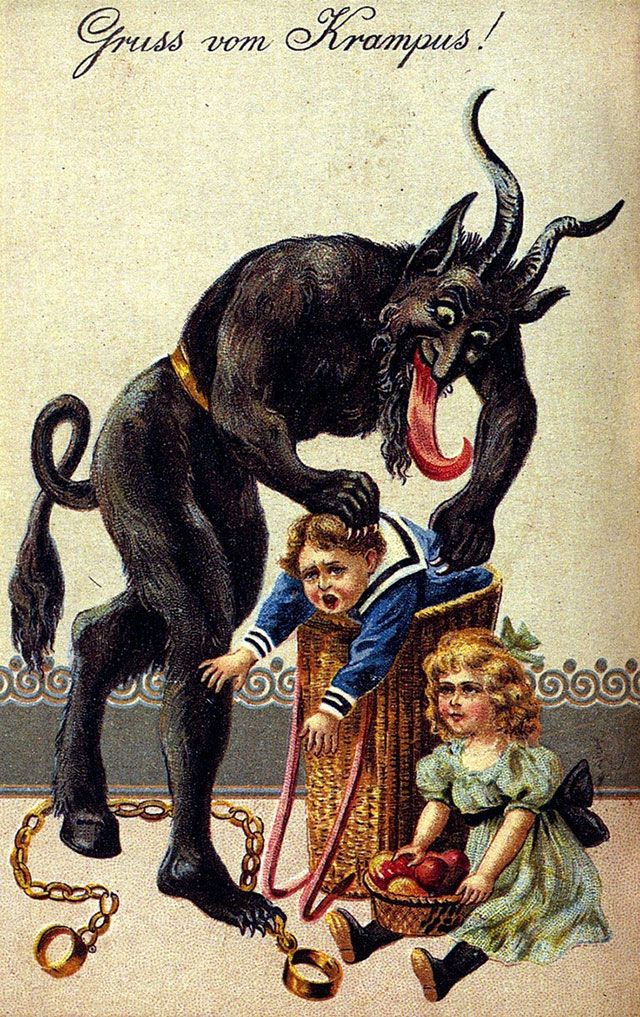 The moral of the story is that bad kids only get natural resources for the Yule holiday. Or, they get stolen and eaten by a demon goat.