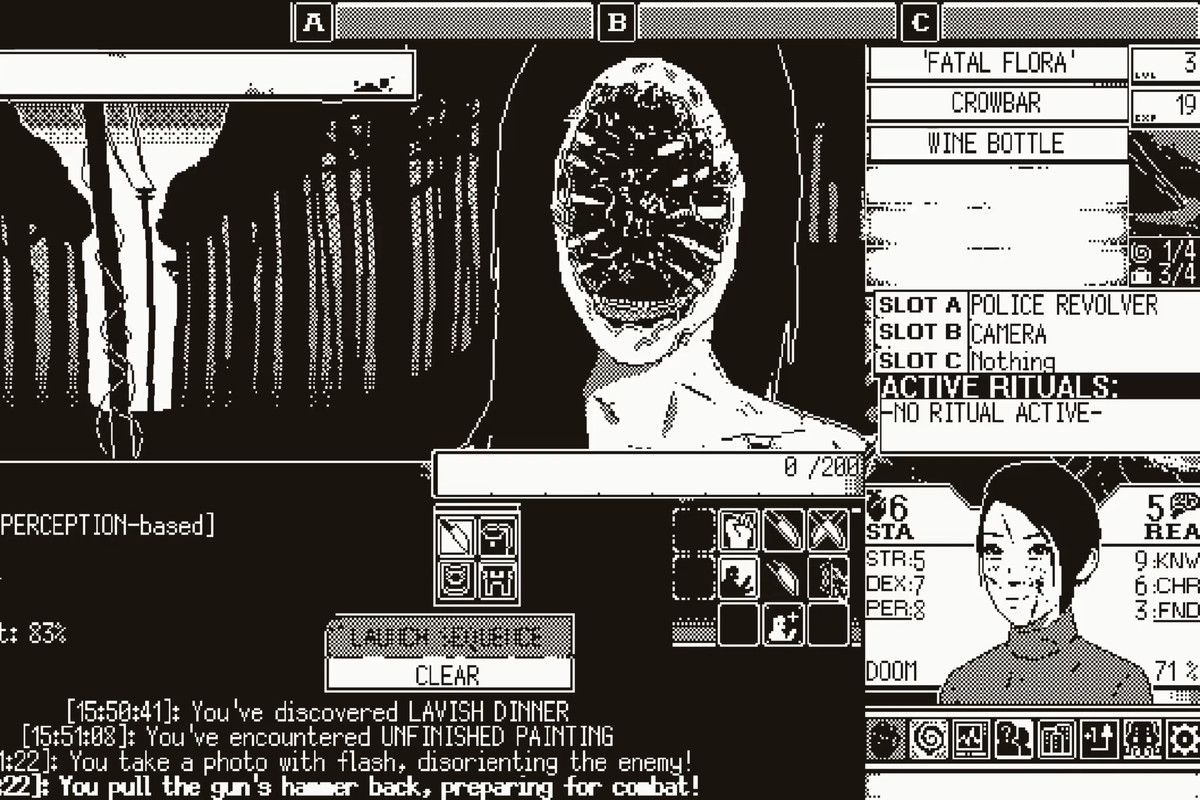 World of Horror has been out (for journalists) for less than 24 hours and critics are already calling it a masterpiece. The Toby Fox-Esque developer, Panstasz, has been accredited for making one of the single best Lovecraftian pieces of work in modern history.

World of Horror is stylized to juxtapose the terrifying themes within. However, cosmic horror is an extremely thin-veiled genre, niche to only those who cared enough to watch "Color Out of Space" simply because of its original author.

This game is different, though. It's atmospheric, stoic, complex, thoughtful. Although this may not come as a surprise, playing this game is almost like reading a Junji Ito comic. 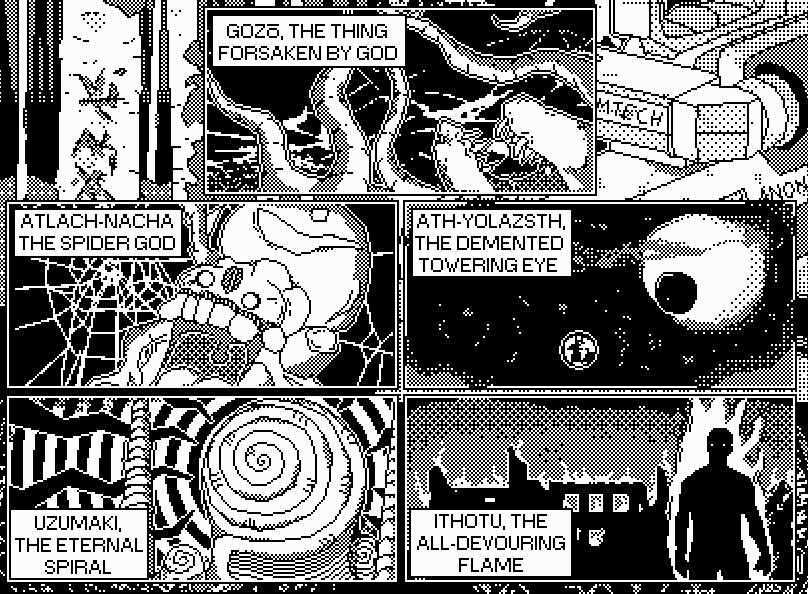 Much like a lot of the theming in Junji Ito's books, this game is centered around the concept of omnipresent elder gods that rule over the kingdom of conscious folk. Your character has two metrics of life, sanity and stamina, which are both equally important to support.

World of Horror lets the player make their own standard decisions, it allows the player to revert to violence to defeat some threats, but it is ultimately better to use your brain to think through these particular events.

As masterful as this game is, there are some undeniable shortcomings in the game's code. Infrequent crashes and freezes have been noted in user statistics, but we can assume that these problems will be patched before the final release.