Blasphemous is the Next Horror Game You Should Play 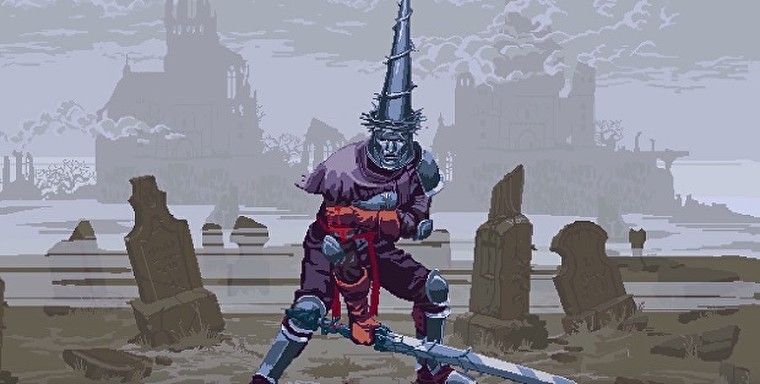 Metroidvanias have been dominating the gaming world for quite some time now. With games like Hollow Knight, Sundered, Dead Cells, and Bloodstained, the genre is constantly being reinvented and pushed to its limits.

Castlevania and Metroid are typically the most commonly emulated games in the collective genre that is Metroidvania, and for some reason, the Mega Man series doesn't get as much love, at least until now. Blasphemous mocks the Mega Man X style of movement, providing the protagonist (you) with a singular jump, a sliding dash, a wall jump ability, and just a sword to swing around.

Don't let this game's simplicity fool you, there are dozens of paths to spec yourself down, borrowing from classic RPG elements, you can alter your character's strengths and weaknesses by collecting rosaries, these are collected by smashing glass cases carried by hellish demons, freeing cherubs that cling tightly to the metallic artifacts. 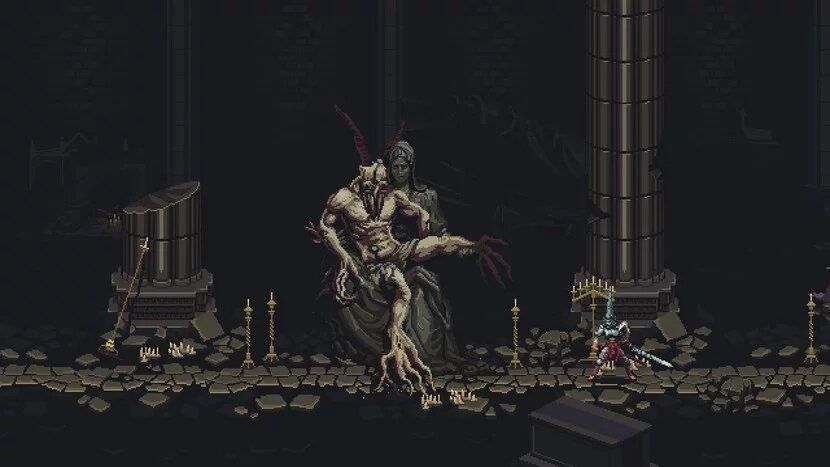 Without disclosing too much information, Blasphemous borrows its plot development ideas from games like Hollow Knight and Dark Souls. The story of the game is discovered progressively as you play it, only if you look in every nook and cranny. Hidden characters hold hidden pieces of lore, the flavor text of every item and interaction has to be translated from olde Spanish vernacular, and the game rewards those who seek out the meaning behind their character's actions.

This game is laden with 16th-century iconography, all pertaining to Christianity. This is likely due to the violent nature of Christianity over the years, and at this time in history in Spain, inhabitants were being executed based on their involvement with the church. This "witch hunt" style of design is far from new, but it embodies a refreshing twist to the Mega Man and Castlevania sensibilities.

As opposed to throwing dozens of enemies at you at all at once, Blasphemous carefully places its foes in understandable areas where they both fit canonically and structurally. The degree of difficulty is apparent very early on, and the player can access difficult levels before having to do the "easier" ones. There really is a degree of unmatched freedom that this game offers, compared to other Metroidvanias of its caliber.