Most people would describe getting swallowed by a whale an irrational fear... Well, it actually happened to two women in a kayak at Avila Beach in California over the weekend. The women were with a bunch of kayakers out on the water enjoying the nice fall day. Seagulls began swarming over them, but no one thought anything of it. Then, the water began to displace...

Before anyone could think, a whale's mouth breached the surface of the water. The kayakers, taken completely off guard, began falling into the mouth as water rushed downward. Onlookers watched and filmed in horror.

“I thought, ‘Oh no! It’s too close,'” said Juile McSorley. “All of a sudden, I lifted up, and I was in the water.” Luckily, whales are not fans of kayaks or people, so they were gracefully released.

Witnesses were recording the incident because of the crazy seagulls. Little did they know that the seagulls were after the same thing that the whale was after: krill. No one could have guessed that a whale would be in that bay! 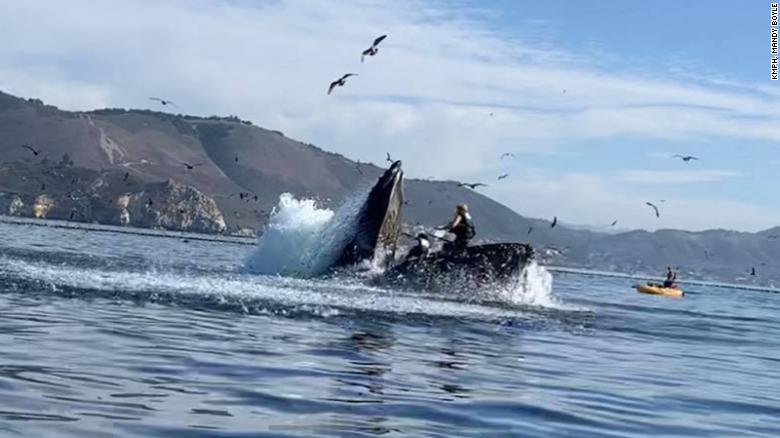 Luckily, the two friends left the ordeal completely unharmed, just shaken up. Let it be known: this isn't so irrational!