Chris Watts: Where Is He Now?

Early in the morning of April 13th, 2018, Chris Watts murdered his pregnant wife, Shannan, and two young daughters, Celeste and Bella, for still unknown reasons. He played the role of the concerned husband and father until investigators finally got him to crack once they found Shannan’s body. They found Shannan in a shallow grave at an oil worksite near Watts’ work. He then told investigators that the girls were in oil tanks nearby. 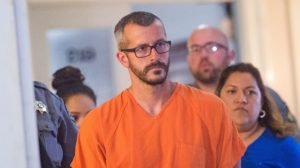 Watts claimed he strangled his wife after he saw her do the same to their two young daughters. Investigators don’t buy it. Watts was having an affair with a woman at work and wanted to separate from Shannan. Investigators believe this played a huge part in their deaths. Now, Watts is facing five life sentences with no possibility of parole. He was charged with first-degree murder and other charges, all which he pled guilty to. The home is now up for auction if anyone is willing to buy it despite its horrific past.