Did This Redditor Capture a Ghost in Her Selfie?

Everyone has their idea of what a ghost caught on camera looks like. It's either a mist, maybe even in the shape of a body, an orb, or even disembodied body parts like hands, feet, arms, etc. Reddit user buck_II claims that she got a full-body apparition in a way that's rarely seen.

In the background of her selfie, there was a man and his dog. She was positive that she was the only person on the beach, so it was a bit startling to see. Then, she began some extensive research and uncovered some startling new information. 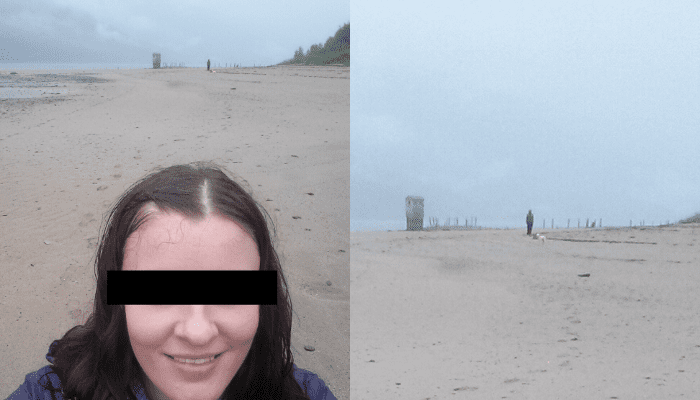 When she went to do some research, she found out that there used to be a mining town nearby called Treadwell. The structure in the back of her selfie is the last remaining structure of Treadwell. As she got deeper and deeper into the research, she also found a diary of Standford University student Edwin Warren. In his diary, Edwin says that he and others at the mine have seen a ghost who "appeared in hip-boots and a slicker..."

As if reading about a ghost encounter from 1903 wasn't scary enough, the Redditor looked back at her selfie to see that, yes, the person looks like they're wearing "old-timey rain gear."

If you're still not convinced, you're not alone. To anyone looking at this, it's obviously just a man walking his dog. The Redditor found out even more information that changed peoples' minds... 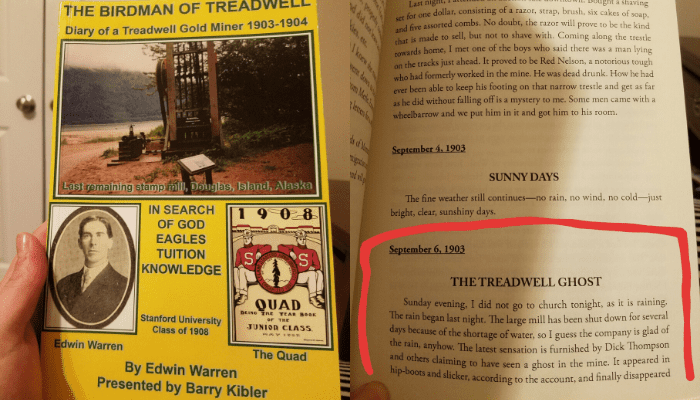 Through her research, she found out that there was a bull terrier named Patsy Ann who used to greet ships coming into the channel back in the 1930s. She was a well-known face to the sailors of Alaska who were all devastated when she passed.

People are always valid with their skepticism on the goings-on in the paranormal world, but this seems too coincidental to look past. 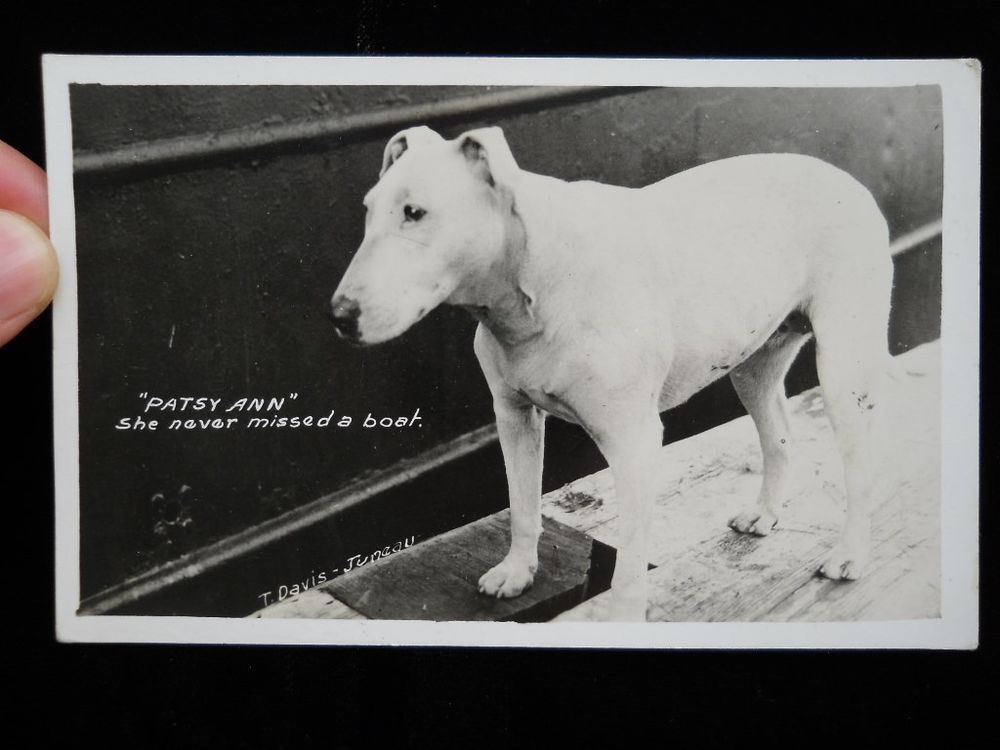