Ryan Murphy is far from finishing up ‘American Horror Story’.Â  In fact, he’s already well underway for ideas for the upcoming season. Although Murphy hasn’t revealed much yet, there are a few things that are out there! 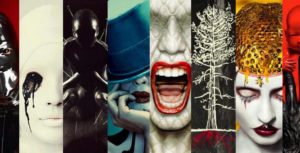 First, Emma Roberts is absolutely coming back for the ninth season. It’s also safe to say that Evan Peters and Sarah Paulson will be too, although it hasn’t been confirmed yet. Naturally, not much has been revealed yet… But, Murphy did tease that the witches from Coven will most likely be returning. “We have something really fun planned,” he teased. Any guesses as to what it could be?