Christine McConnell is the star and brains behindÂ The Curious Creations of Christine McConnell.Â She is a star baker and artist based in Los Angeles. The reason she got her claim to Netflix fame was because of an ambitious project she did three years ago. McConnell decorated her parent’s home for Halloween. She did such a fabulous and crazy job that over 300 production companies hounded her to create her own reality TV show. She ended up siding with the Jim Henson Company to create her own baking show with Addams Family vibes and puppets. Ask anyone, she made a perfect choice. So, in order to stun even more fans, she decided to once again decorate her parents adorable home. She turns it into something completely out of the box. 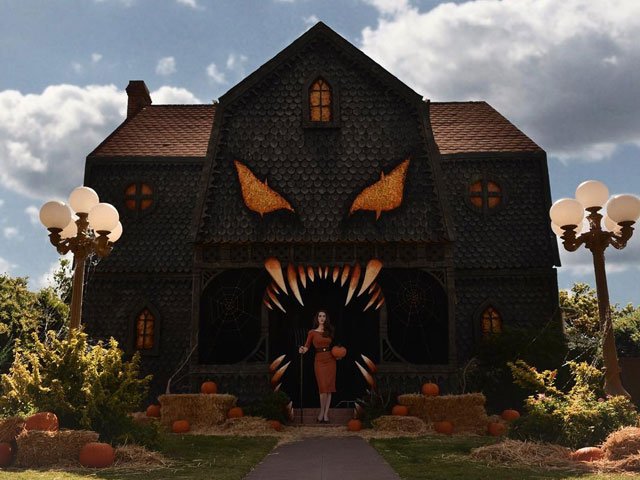 Don’t be fooled: This is not photoshop. This is what McConnell did to her parents home with some creative construction. Check out the process below:

Roughly 4,000 shingles had to be cut for this ðŸ˜ž The first night I put up the bottom panels, a crazy wind came through and ripped them off and into pieces. The next time I rented a Boom Lift and had every family member I could find come help â¤ï¸ðŸ™ŒðŸ»â¤ï¸ #TheCuriousCreationsOfChristineMcConnell @Netflix Thank you #HUB construction in San Bernardino for having nearly all the supplies I needed for this ðŸŽ‰ Song is â€˜Preludeâ€™ from the Vertigo soundtrack by one of my favorite composers Bernard Herrmann Thank you to my parents for letting me do this to your house ðŸ˜¬

If you haven’t already, McConnell’s hilarious baking show is on Netflix. The things that she bakes are crazy and out of this realm!