The first monolith showed up in Utah last week. It mysteriously disappeared overnight and only left its base and a triangular imprint in the ground. At nearly the same time, another monolith had shown up in Romania. They both looked identical to one another.

Now, two more monoliths have appeared. One in California at the top of Pine Mountain, and the other in France deep within the Gallic forest. It's unclear what they are, what their purpose is, and who is doing this. It's a worldwide phenomenon that no one has an answer to, which is bizarre in this day and age of information and technology.

Got up close and personal with the mystery California #monolith today. Anyone else been out to see it? pic.twitter.com/8pOimhQiyY

All of the monoliths have looked the same. They're about the height of two people stacked upon one another, made of glistening metal and in a triangular shape. No one has witnessed the installation of the monoliths, which makes them even eerier.

Are they alien? Art? A conspiracy of sorts? The explanation would be easier if there had only been one monolith, but there have been four in all different parts of the world, all installed in a seemingly short amount of time. 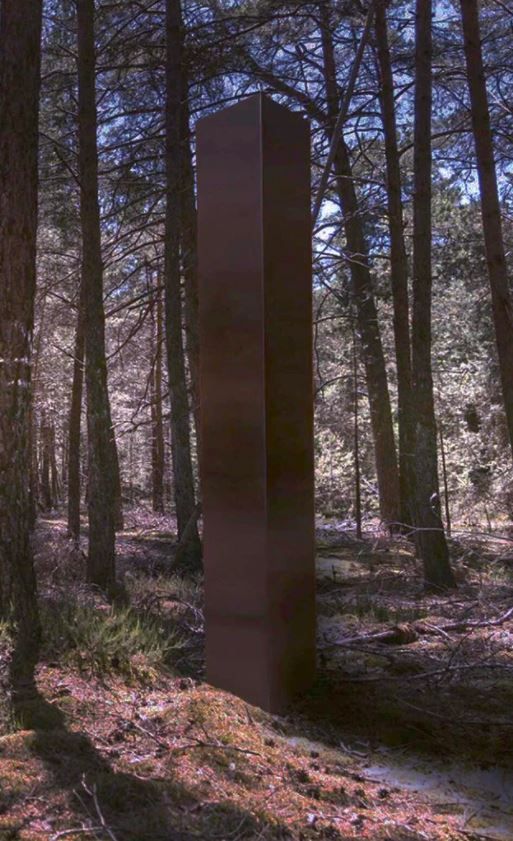 This bizarre installation brings a fresh and new debate among conspiracy theorists and skeptics alike. Some believe it's an elaborate art installation to bring some interest into the news instead of the usual doom and gloom. After all, this year has had a small amount of harmless or good news.

It's interesting to think about where this story will head. Will the minds behind the movement ever come forward? Or are we diving headfirst into an alien invasion? Only time will tell. In the meantime, if you live nearby one of the new monoliths, it would make a fun day trip to head out there!