Reddit user HChasen posted in r/Paranormal with a peculiar video that he can't debunk himself.

"Every morning," he writes, "when I wake up my cutlery drawer in the kitchen is always opened out really far so I decided to set up a camera to figure out why. There are also two light spheres, one seems to be coming directly from the drawer. Pretty freaked out. Thoughts?"

The video, which is grainy and in black and white night vision, shows a small view of the kitchen and the drawer in question. At first, there's nothing going on. Then, you can't help but notice something swinging back and forth slightly in the top left corner. After that, some orbs cross the length of the screen. And then, before you know it, the drawer juts open with such a force that it looks otherworldly.

Of course, folks in the comments were quick to attempt to debunk it: "There’s different reasons why the drawer is moving on its own. Check the weight distribution. Do you have a bunch of heavy objects in the front of the drawer? Is the drawer tilted? Use a level to see if the drawer is slanted or not. Remove the drawer and check the glides, tracks, rails, and screws. Look for loose items or damaged parts. It could be as easy as cleaning the interior cabinet and exterior of the drawer, but there could be a structural issue. There’s videos out there that can help with fixing a drawer that opens on its own," wrote user cliffthrowaway. 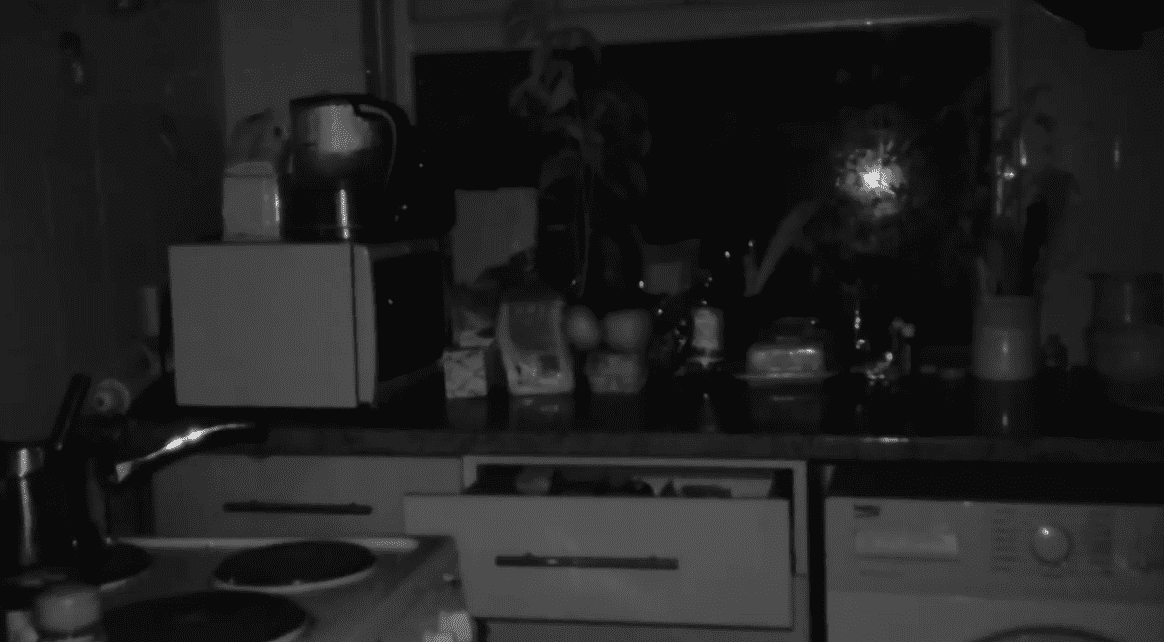 Other users were quick to side with the original poster. User tillytothewilly writes: "A drawer opening on its own doesn’t usually open with such force. I have one in my house right now and it creeps open after I don’t shut it all the way."

Of course, there are other reasons people may believe this isn't real. For example, the shot is so cropped that a person could easily have used fishing wire to bring the drawer open. It would take a lot of control to make it look that smooth, but anything is possible.