It's pretty common for people to have home security cameras in the main rooms of their homes. Most of these cameras are motion-activated so they're not running 24/7. These cameras are also a great way to see if someone is living in a haunted abode.

Reddit user u/Prometheus6EQUJ5 posted some eerie poltergeist activity that he had happened to capture in his kitchen. The r/Paranormal community, who are known to be pretty skeptical when it comes to video evidence, was surprised by the footage.

The Redditor writes, "So I was in the kitchen and then something moved the bottle. The bottle was empty and the cap was loosely placed back on. It was Gatorade and nothing carbonated or pressurized."

The video is only 27 seconds long, which is long enough to showcase the paranormal phenomenon. The video shows the Redditor and his daughter getting ready for Thanksgiving dinner in the kitchen. All of the sudden, the Gatorade bottle in the upper right falls over. No one was near it, and the sheer force of the fall made the two look over at it.

"Well. The house is 70 yrs old. Had many owners. Texas is fairly haunted. I have heard noises from the attic. Went up there. Found a tiny rocking chair. Took it down and stuffed it in the storm shelter. Then stuff has started happening." 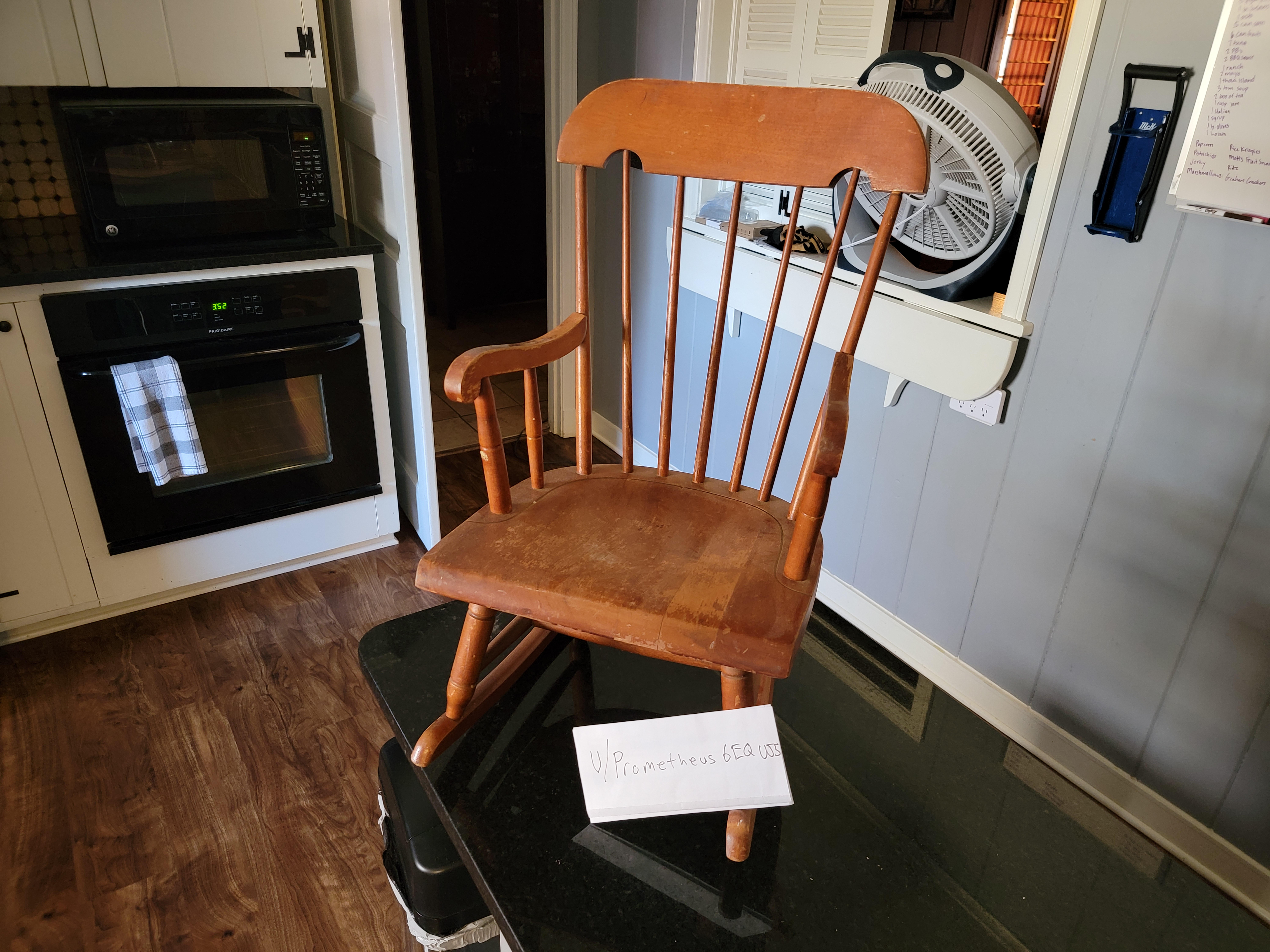 Apparently, the haunting began when he removed the rocking chair from the attic. He was able to contact some of the previous owners who did not claim the chair. He assumed that it's probably old and was left by a previous owner long ago.

Luckily, not much else happens in the home except for silly mischievous things. Some commenters think that physics has to do with the bottle falling over, while others believe the original posters tale of living in a haunted home.