Anyone who owns a collection of porcelain dolls deserves to be haunted, let's make that clear.

An Ohio man posted this creepy video of his wife's dolls moving on their own. This is the type of stuff you hear about in movies, but it's apparently happening to him.

“I’m still a little shook," the man told Unilad. I went to my bedroom and was looking at the door, waiting for that m*****f***** to bust through it. This is the second time this happened now. Last time was just the doll [that moved]. And now a completely different doll is moving and clothes just fall off the couch. It only happens when I’m here by myself." 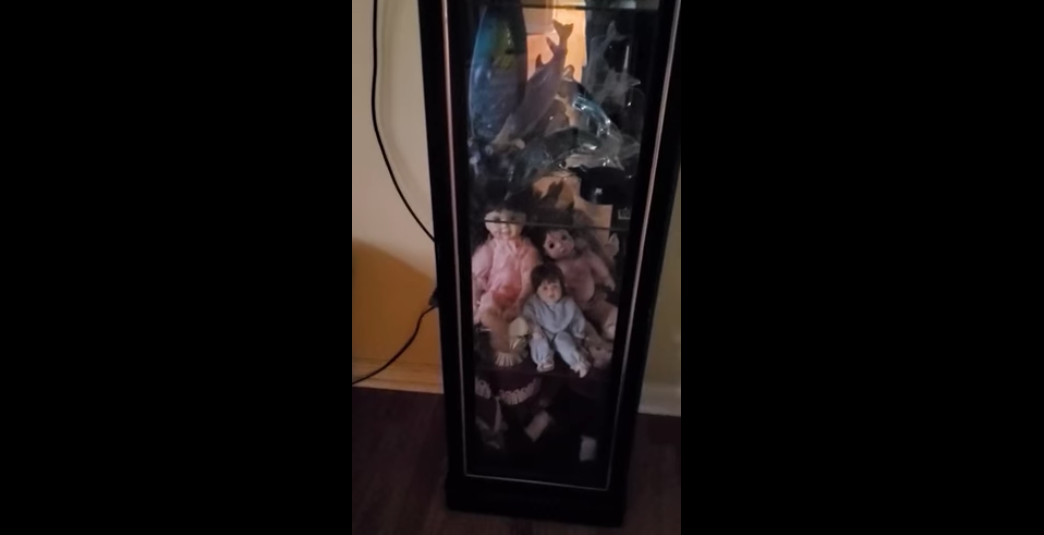 Any piece of paranormal "evidence" should be looked at with skepticism. This video does seem authentic, as it would be difficult to fake moving the dolls in a closed glass cabinet. At the same time, why would they be haunted, and how so suddenly?

According to the original uploader, the dolls began acting weird in January. He noticed them being out of place and in different positions. It wasn't until very recently that he saw them move on their own...

Apparently, he was home alone at the time of this recording. Naturally, he claims that it's authentic, but he doesn't know why the dolls would be haunted... other than the fact that they are creepy dolls.

They should probably ditch the dolls and move towns!