Caught on TikTok: The Utah Monolith Left Behind Something Otherworldly

Early last week, a bizarre structure was found deep in the Utah desert. It was found by the Utah Public Safety officials during a helicopter flight over the desert as part of a bighorn sheep count mission. Apparently, no one has claimed the obelisk structure. The authorities were investigating it... until it vanished.

The authorities have said that they did not remove the installation. The only evidence that remains is the triangular top of the object and the indent from where it stood. 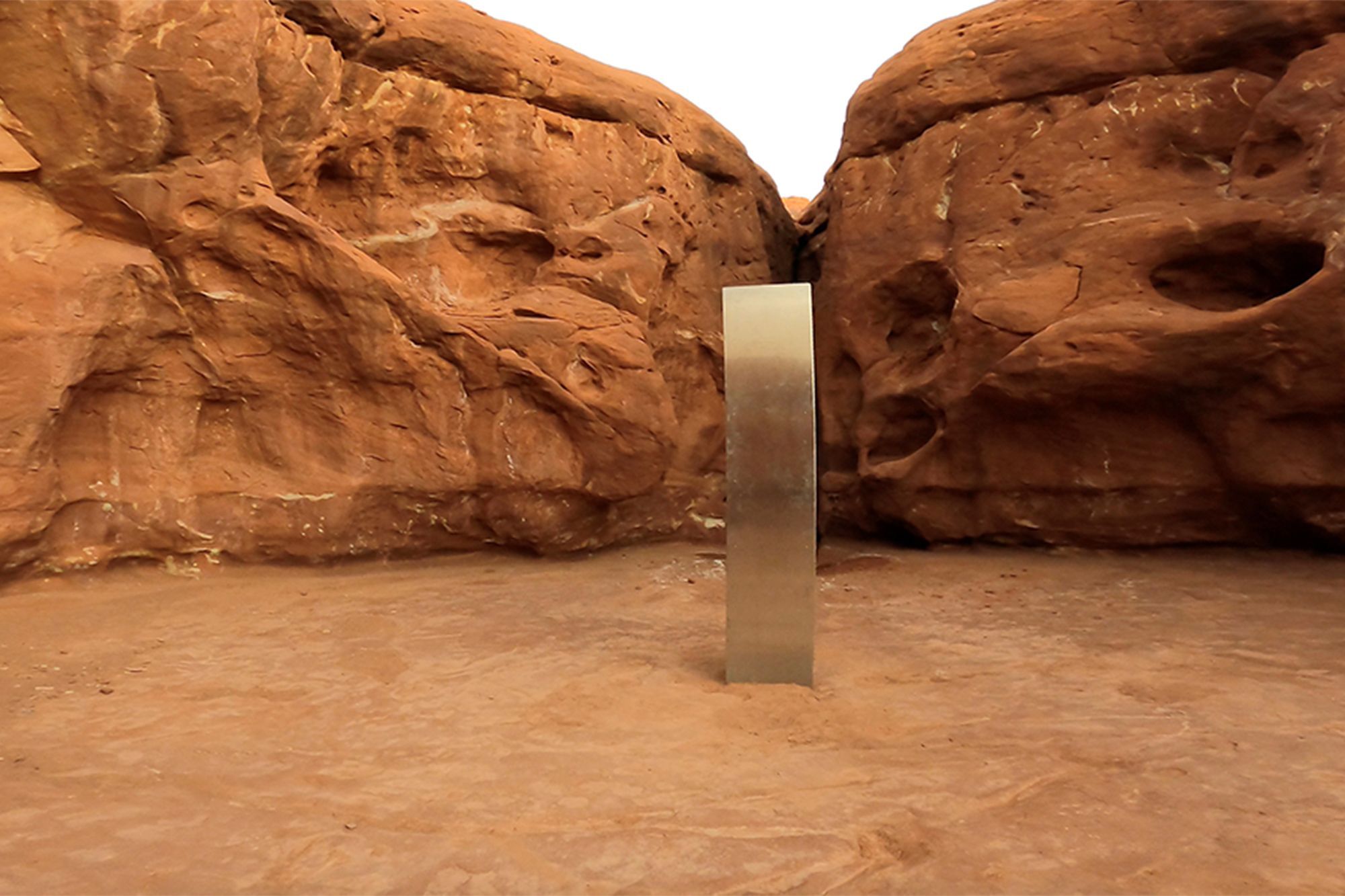 The location of the structure was never formally released to the public but people were able to find out where it was. Many folks went to visit the structure and took photos with it. The day that it disappeared, a group of friends went to find it. Instead, they found the remains, plus something else that no one noticed until after the video was posted.

In the clip, the videographer shows his two friends investigating where the structure used to be. This was one of the first instances of its disappearance. Then, something is caught in the background.

Should we be scared......because I think we found what left it there.

There's obviously something sinister lurking behind the two adventurers. Nobody notices it as it quickly hides away. It has an almost fish-like face and it is, in fact, moving. What could it be?

The only lead on the whereabouts of the monolith is from Colorado resident Riccardo Marino. He claimed that he saw a truck leaving the area where the object was located. When Marino arrived at the site, the monolith had already disappeared.