In this day and age, most people have cameras in or around their homes. Since the world is so heavily recorded, more and more "ghost" sightings are being reported. As always, it's hard to tell whether they're real or fake... That's up for you to decide.

"My wife had caught what appears to be an apparition walking through our kitchen into our living room, or around the stairs a few months ago. Even now, we're still getting feedback that it's remnant footage of a child."

The video is short and brief. A misty figure enters the living room from the kitchen on the right and then swerves in and out of frame before disappearing completely.

The video was gained over 800,000 views since it was posted in August of 2019. Many people in the comments are quick to say that it's fake or just a spider, but Nolan assures them that they've never caught anything like that before. The family has had more experiences since he published the video, hence the Reddit post.

"We've noticed a few other occurrences since, which is why I'm sharing it on this page. One instance of (very heavy) furniture being shifted out of place, something audible where we thought we heard an adult voice say something specific and both looked at each other, and the weirdest and most recent was a cork top shoot off a bottle of Tequila with enough force that it hit the ceiling and landed in the middle of the kitchen floor." 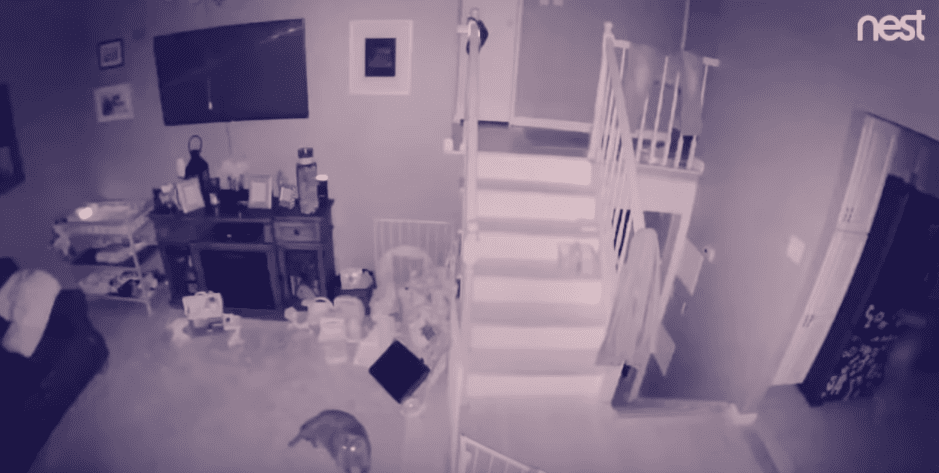 The folks on Reddit were a bit more forgiving than the Youtube comments. Some offered help or insights, while others just asked curious questions.

Nolan said that the, "house was built in the 50s, and we’re the third family to own it. We weren’t able to dig up much on the house specifically, but the town and surrounding area have a wild history. My wife and I both grew up in the area."

Still, some folks think that it's just a spider. That might be the case, but it still brings up an interesting debate!