Back in January, 41-year-old Tori Mackenzie was staying with her son, Ryan, along with his two-year-old daughter and 7-month-old son. Tori, being the natural grandmother that she is, opted to help her son with the household chores and child care. One night, she was putting down the toddler when something alarming happened.

Tori heard the little girl say, "Go away," in a tiny and stern voice. Confused, Tori looked down and noticed that the little girl was not looking at her, but past her. Nobody else was in the room except them. Tori opted to put a nanny cam in the children's room to keep an eye on the babies as they slept. 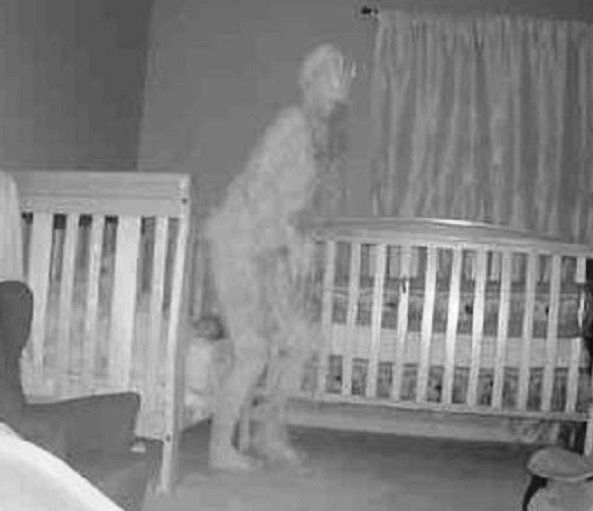 A few nights later, the nanny cam detected something in the middle of the night and started to record. Tori checked on the footage in the morning. What she saw horrified her.

In what she says is completely authentic, the photo shows a horned figure creeping over the toddler bed and baby crib. “It was so shocking when I saw it. I had to look at the picture twice to convince it was true. The first thing I saw was the horns on being head, so I immediately thought it was a devil or a demon," Tori noted. 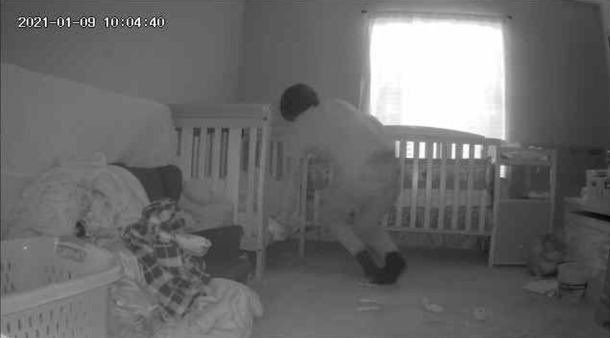 In order to showcase that this was not Tori nor her son Ryan, she showed another piece of footage showcasing what a human looks like on the camera. It was not a glitch, and it's not edited.

Tori is a natural paranormal believer. She attempted to cleanse the home, but that only seemed to make it worse. She hears random music, witnesses the doors open and close, and has even noticed that curtains in the home have been pushed and pulled. Her granddaughter told her that she did have someone visiting her at night but wanted him to go away. The family wanted to share the footage in hopes of gaining some answers.