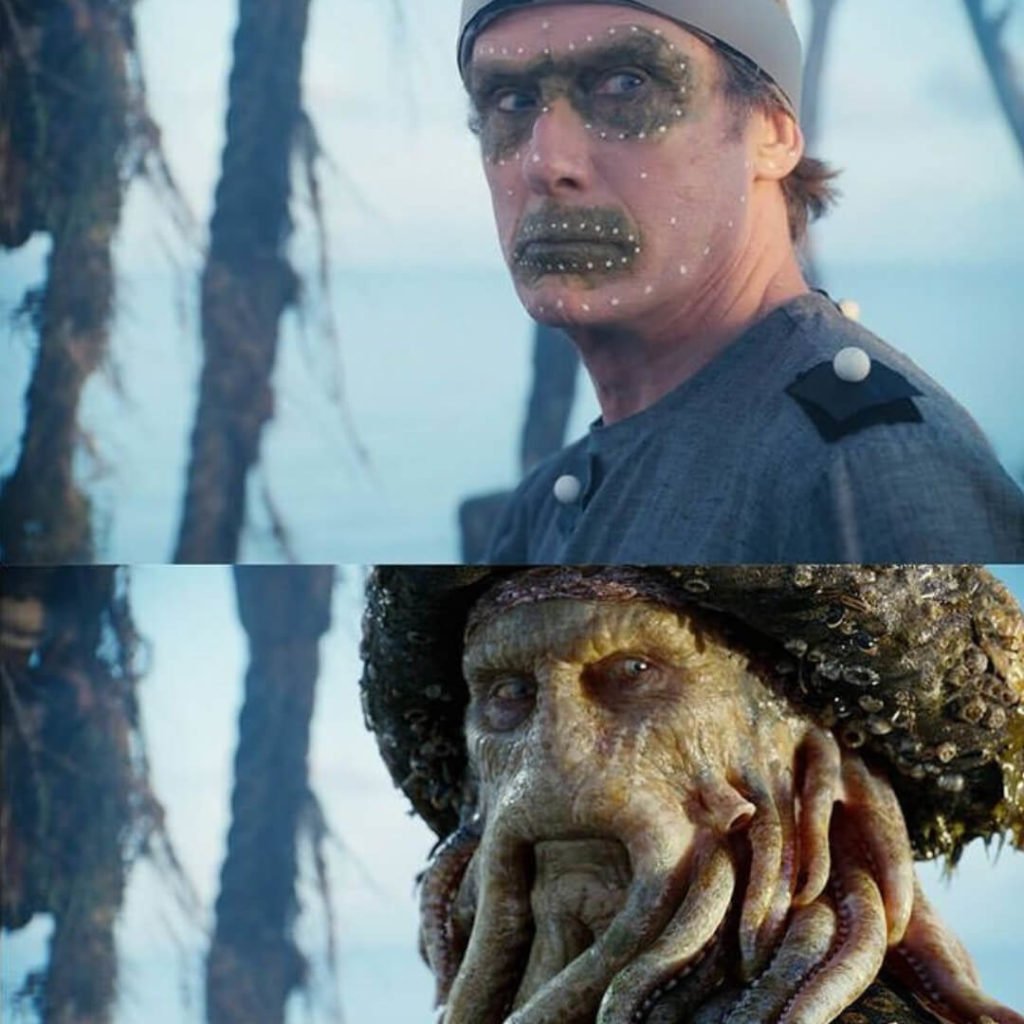 It was probably a bit hard for Bill Nighy to get in character while playing Davy Jones, but he nailed it! Even if his costume was just a bizarre grey suit.

Harry Potter and the Half-Blood Prince (2009) 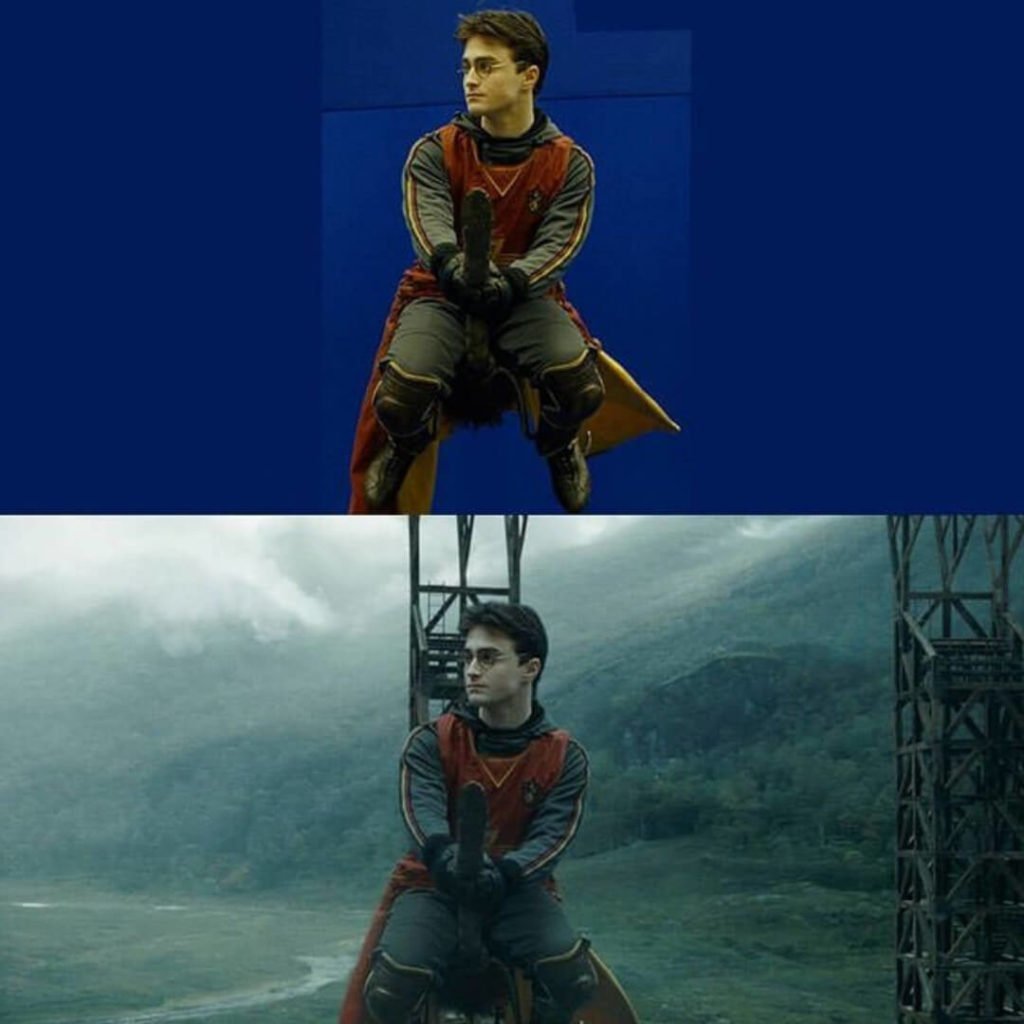 This one makes a bit more sense, doesn’t it? The actors were moved by rigs and machines to make it seem like they were flying through the air.