A 21-year-old navy fighter pilot was shot down by Japanese artillery over 60 years ago in WWII. 6-year-old James Leininger somehow figured out his name.

Ever since he was a young toddler, James loved to play with planes. Eventually, he started having regular nightmares about plane crashes. His parents figured that he was having night terrors, but weren't sure how his brain was manifesting these images. 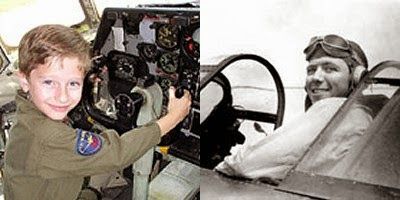 “I’d wake him up and he’d be screaming,” Andrea told ABCNEWS’ Chris Cuomo. She said when she asked her son what he was dreaming about, he would say, “Airplane crash on fire, little man can’t get out.”

As time went on, his mother noticed that he had bizarre knowledge about planes. He knew what certain parts of the plane were and even did little "flight checks" before the toy planes took off. At the same time, his nightmares were getting worse. Andrea eventually booked a therapist for James. When prompted about planes, James says that he could recall a plane crash and that he used to fly a Corsair. One time, he even mentioned the name of someone he used to fly with: Jack Larson. 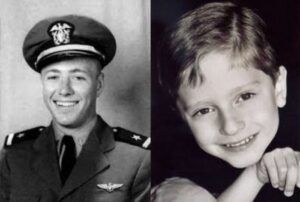 Eventually, James' father, Bruce, did some digging. James said that he had been shot down at Iwo Jima. Bruce was able to figure out that the only pilot from the squadron killed at Iwo Jima was James M Huston Jr. Before this discovery, James started signing his drawings as "James 3."

Bruce was able to find the family of James Huston, who now also believe that the little boy shares a spirit with their family members. His sister, Anne, said, "The child was so convincing in coming up with all the things that there is no way in the world he could know."

James is much older now and doesn't have the same connection to his past life as he used to. But, he does hold two items from his childhood very precious: a bust of George Washington and a model of a Corsair aircraft. They were among the personal things of James Huston that were sent home after the war.