In 1912, Teddy Roosevelt launched a third-party candidacy campaign so he could return to the office. This party was called the National Progressive Party but better known as the "Bull Moose" Party. Roosevelt's platform enhanced visibility on women's suffrage, lower tariffs, and social reforms. These ideas went against the grain of popular opinion, which made Roosevelt a target.

On Oct. 14, 1912, Roosevelt's campaign made a stop in Milwaukee, WI. As he was making his way to the stage for his speech, he was shot. Roosevelt, being the type of person that he was, pushed through the gun injury and continued to give his speech. He talked for nearly 90 minutes with a bullet lodged into his chest. 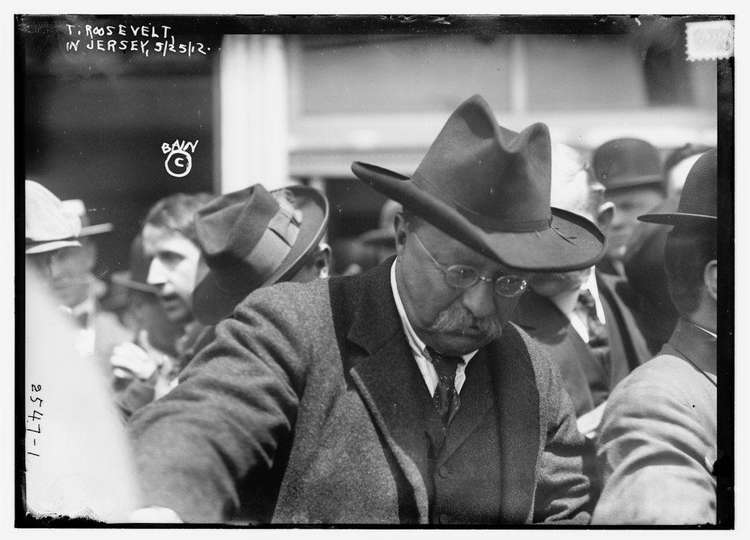 The incident occurred after Roosevelt was waving at supporters while standing in an open-air vehicle. John Flammang Schrank, who was no more than four feet away from the former president, fired the shot from a .38 caliber revolver.

It was a shocking turn of events for everyone involved. The crowd immediately began to panic and disperse. Roosevelt put on a brave face and appeared unfazed. His knees buckled slightly as he sat back down in the car, but continued to smile and even tipped his hat at stunned onlookers. 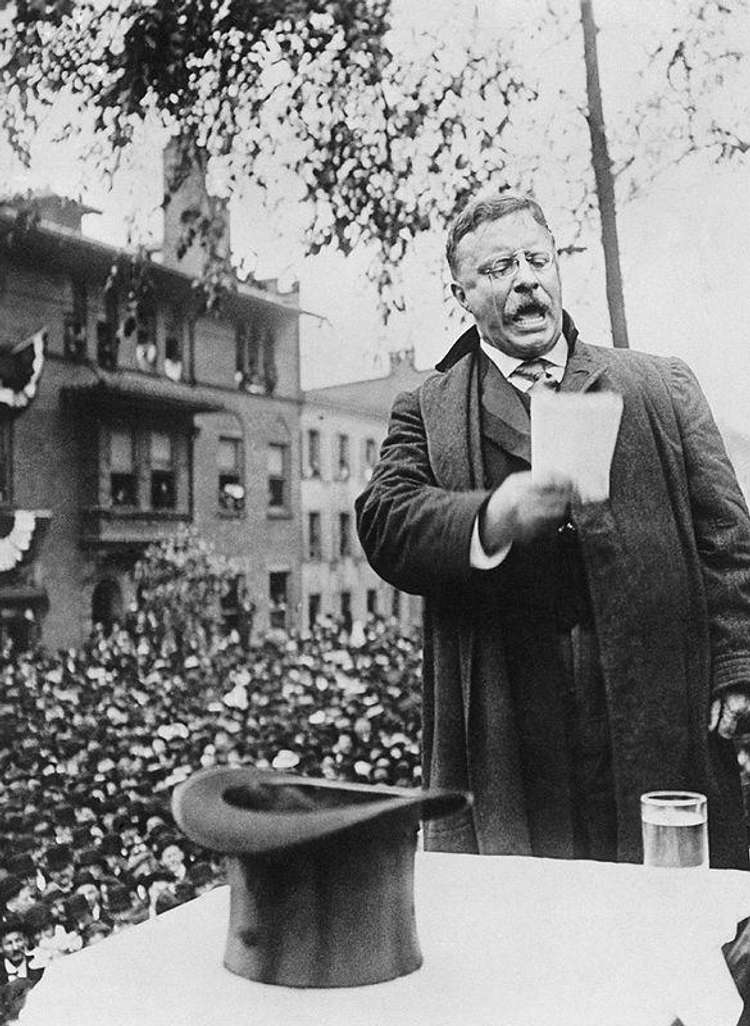 Roosevelt quickly coughed into his hand to check for any internal bleeding. So far so good. His shirt was covered in blood, but he still insisted on giving his speech. Nobody on his team thought he should go through with the speech, but he was persistent. He continued to give his speech, reading from his 50-page manuscript. Oddly enough, the sheer width of the manuscript, double folded in his pocket, saved his life and stopped the bullet from plunging any deeper. Schrank was immediately detained, deemed insane, and committed to a mental institution.

Roosevelt continued to play it off, even to his wife. He lived out the rest of his life, seven whole years, with the bullet in his chest because the location was too difficult to operate on. He didn't seem to mind too much. At least he got to give his speech.