The Ghost of Packsaddle Gap

Old-school railroaders of Western Pennsylvania commonly told tales of Wild Tom Skelton. According to them, his ghost was always seen standing on the tracks leaning on his gun. According to the story, those who knew Tom when he was alive said that he was grieving over his long-lost love, Maria.

Tom Skelton's story was first written about by Dr. Frank Cowan, a physician from Greensburg who was President Andrew Jackson's secretary. Cowan said that the PA Railroad trains had been forced to stop on three occasions because of an "old man" who was seen by the headlamps of the locomotives. The conductors thought that they were about to strike the man, but upon further investigation, no one was there. 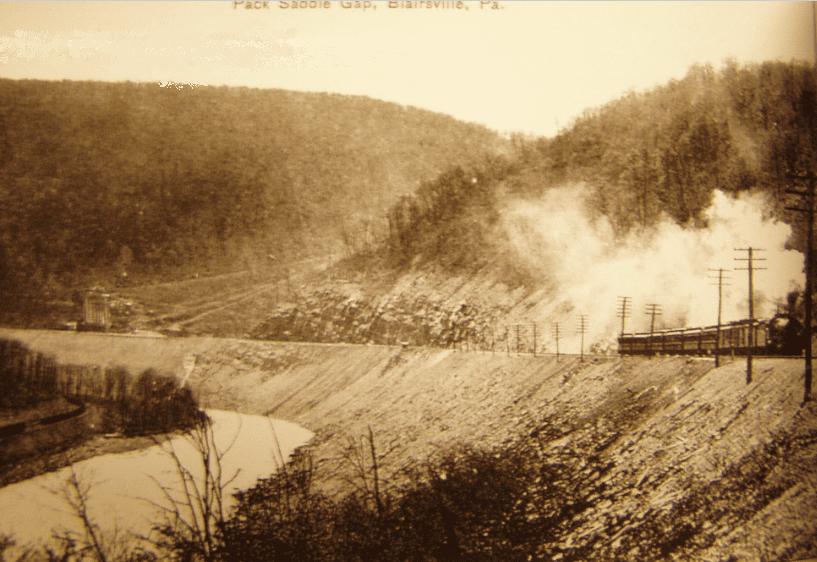 Coincidentally, the train tracks ran right through an old Native American trail that settlers took over when they moved in on Native land. The McDowell family used the trail often, and local Native Americans took notice of their blind daughter, Maria. Tom Skelton was a frontier hunter who helped aid Maria's father when he was sick.

Her father ended up passing away, and Tom helped look after his wife and Maria. Maria had become blind to an illness in her childhood, and it kept her weak during her adult life. Tom tried making herbal remedies from his Native neighbors to help heal her, but it didn't work. Eventually, Maria went out on her own to find ancient herbs that she knew could help. At the same time, Tom was out hunting. He shot at what he thought was a deer, but it was Maria. 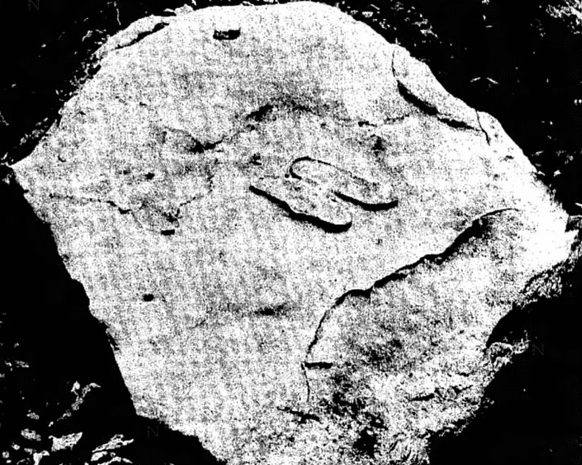 At the same time, a huge storm made its way through the area. The rising river waters swept away the cabin where Maria's mother was. Tom made his way back to where her body was and saw that a rockslide formed a perfect side profile of Maria's father. He quickly told this story to anyone who would listen until he passed away, which is how it was transcribed by the president's secretary. Legend says his ghost visited the area for decades. Over 50 years later, the rocks were blown up to try and made a clear path for the railroad. Apparently, his ghost stopped showing up after the rock formation was altered.

In 1971, a large sandstone boulder slip down an embankment during an excavation. The workers saw two moccasin imprints embedded in the rock. Many believe these could be the footprints of Tom Skelton himself.