The Great Molasses Flood of 1919

For some reason, a giant tank of molasses exploded on the north end of Boston killing and injuring many, and now 100 years after the fact, we can start laughing about it. 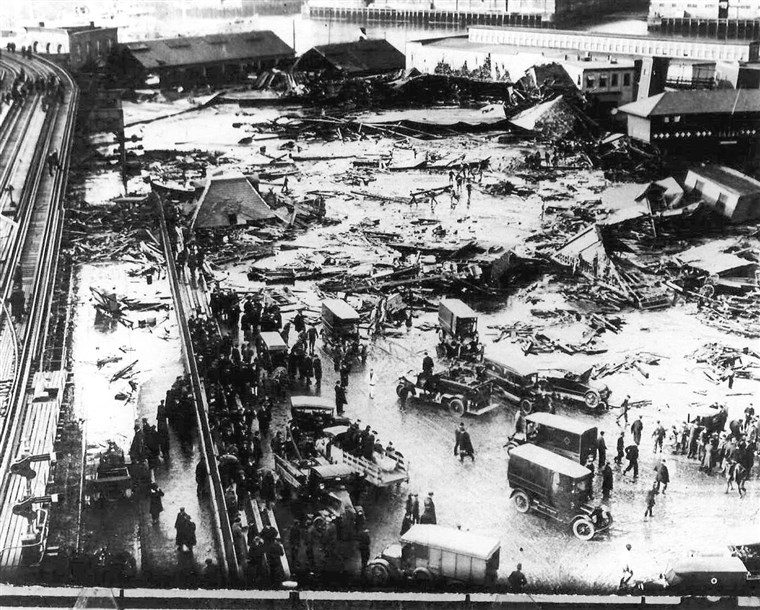 At noon on January 15th, 1919, a tank containing 2 million gallons of molasses burst open onto the streets of the North End of Boston. This viscous liquid traveled down the streets, reaching top speeds of 35mph. Once the molasses settled down, more than 2 miles worth of street was covered in the sticky stuff.

In the end, 21 people died, 150 more were injured, and millions of dollars worth of property damage occurred. Dozens of horses were killed by being trapped in the thick, brown ooze. Houses, cars, trolleys, and sewer openings were irreversibly damaged due to the heavy, dark mass. According to survivors, the North End of Boston reeked of molasses for 30 years afterward.

Strangely enough, this event was actually a huge statistical anomalie. According to building designers that had formerly worked on the structure, every inspector gave them a 100% safety rating, but this perfect storm of fluctuating temperatures, flawed steel, and wild physics just so happened to cause one of the greatest massacres (molassacres) in the history of the city of Boston. 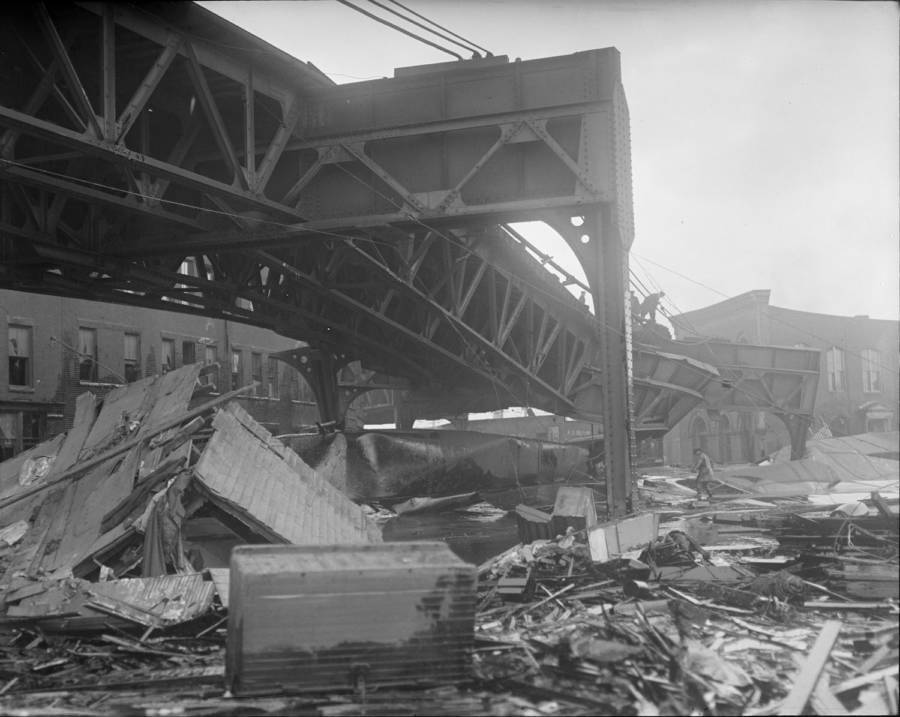 From a civil engineer's standpoint, this was an absolutely catastrophic disaster. These were millions of dollars worth of damages that needed to be addressed, as well as the 21 dead folks and the 150 injured ones. The worst part of all of this, there was nobody that could possibly be blamed for these mishaps.

The cleanup effort took over 5 years, and some modern North End residents still swear that every once in a while, they can smell molasses coming from the sewers.

The event ended up being ruled a mishap caused by unstable steel manufactured by a plant owned by the U.S. Industrial Alcohol company. For the initial damages, the city of Boston fronted the bill, but after they took legal action against U.S. Industria Alcohol, the families of the deceased and injured received financial compensation for their losses.