The History of the Devil's Tree

A tall, lone oak tree stands in an open field in Bernards Township, New Jersey. Local legend says that this tree is cursed with the souls of the people who took their own lives on its branches.

The trunk is layered with chains in order to stop people from making their mark on it. Through the chains, you can see previous cuts and scars from people over the years. 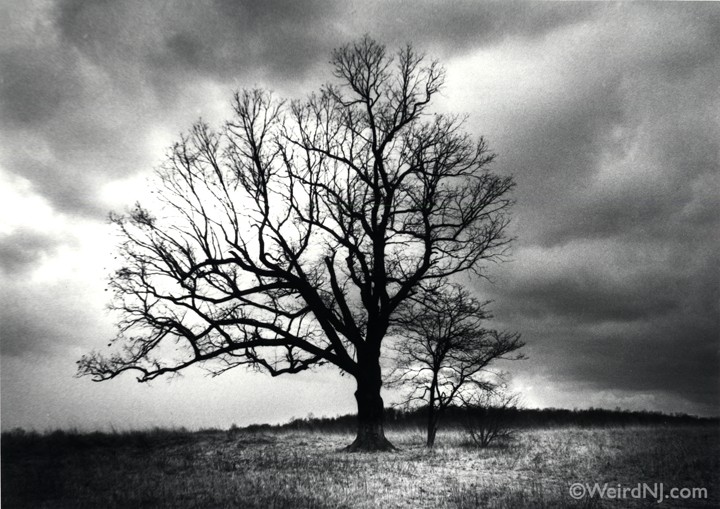 The legend says that anyone who attempts to cut the tree down will face cursed bad luck... sometimes leading in injury or death. Another legend says that a black pick-up truck will chase down the offender until they crash or harm themselves. People believe that the devil is driving that truck.

According to alleged witnesses, the truck appears from nowhere and chases people down who tried to harm the tree. Legend or not, that threat is enough to keep the tree safe, usually. 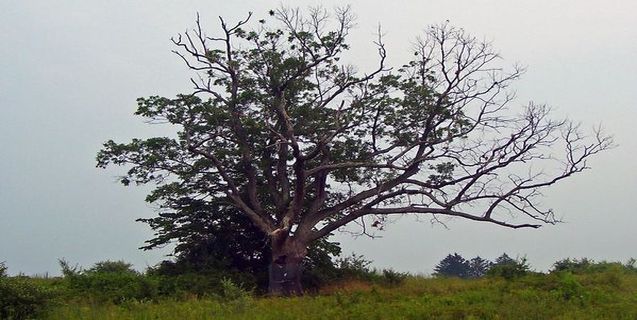 In its early history, Bernard Township was a hotspot for KKK members. They were responsible for lynching many Black men, women, and children from the tree. At the time, the tree was far from town, so the bodies usually hung there for days at a time.

It's also a known spot for suicides. Due to its past, some people have taken it upon themselves to hang mannequins or dummies from the branches, terrifying people from the street. The tree is still open to the public, but there are many signs up regarding anti-vandalism.