The History of the Lobotomy

The mind still holds many mysteries despite the advancements of modern-day medicine. The early 1900s was just the beginning of therapy for mental illness, but sadly, there were a lot of bumps along the way on the path to the cure.

A lobotomy is a procedure where a doctor uses an ice pick to sever the prefrontal cortex's connections to the rest of the brain. The intent of the lobotomy was to ease symptoms of mental illnesses like schizophrenia, manic depression, obsessive-compulsive disorder, panic disorders, and severe depression. At the time, people assumed that the brains of the mentally ill were the same as healthy brains, which was not the case. 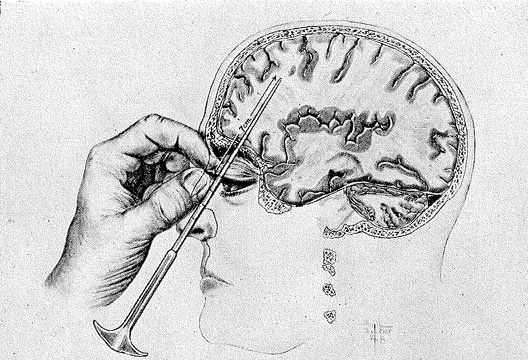 Although this procedure was framed as a "cure" for the mentally ill, it was mainly used by families who did not want to care for their disabled family members. Most lobotomies completely changed the person into a docile, numb human. The procedure itself was not typical, and many doctors performed it differently, which heeded different results. There were some patients who saw improvement, but most got worse.

There was also no way to look inside of the brain. MRIs and CAT scans did not exist, so doctors were essentially going on blind. Naturally, this sort of procedure had a lot of faults and failures. 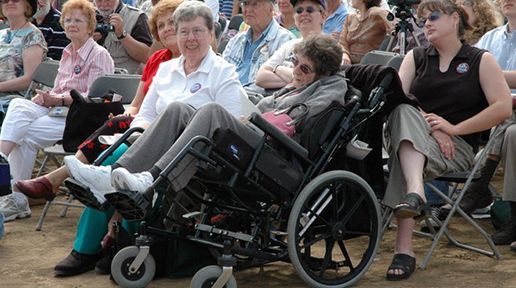 At the time, there was seemingly no alternative besides lobotomies and electric shock therapy. It wasn't until drugs for mental illnesses were invented that there was real hope for mentally ill patients.

President John F. Kennedy's sister, Rosemary, famously got a lobotomy because of her promiscuity, seizures, and mood swings. She was even sent to a convent but snuck out to bars. She was 23-years-old when she got the procedure done. It was botched, and she was left without the ability to walk or talk. She underwent intense physical therapy to learn how to walk. She spent 20 years in a psychiatric institution. After that, she lived out the rest of her life in a residential care facility in Wisconsin until she died in 2005.