Another month, another round of horror movies to check out. Most classics have already hit streaming platforms, so it's time to expand your horizons and take a leap of faith in trying out a new horror film. Netflix, Hulu, and Amazon Prime Video release new rounds of movies and TV shows each month, and this month we've been especially blessed with horror movies.

Deadly Illusions is a dramatic thriller starring Kristen Davis (Sex In the City), Dermot Mulroney (My Best Friend's Wedding), and Greer Grammer (Awkward). A writer and part-time homemaker (Davis) hires a nanny to help take are of her children while she and her husband devote themselves to their careers. The story starts to unravel as she notices that the events she's writing about in her book are coming to life, and they have deadly consequences.

A group of friends heads out into the wilderness for a girls' retreat. The women are experienced spelunkers, so they head into the caves for old time's sake. They get deeper and deeper until they realize that they are in trouble. Soon after, they begin to realize that they're not alone...

A group of South London teens comes face to face with an alien while attempting to mug a woman. The teens and woman all attempt to escape together when even bigger aliens fall from the sky and begin their attack. The unlikely group bands together to fight the aliens in this classic horror-comedy. 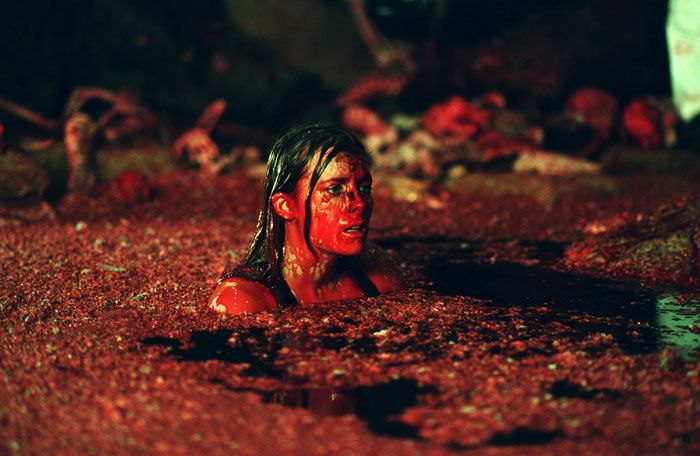