If You're Going to Quit Your Job, Do It Like This

Have you ever been fed up with your job? Have you ever wanted something new, something better to just fall into your lap without any extra effort? We feel your pain, and just because you can't do that now, doesn't mean you won't be able to enjoy these hilarious resignation letters that we've compiled just for you. 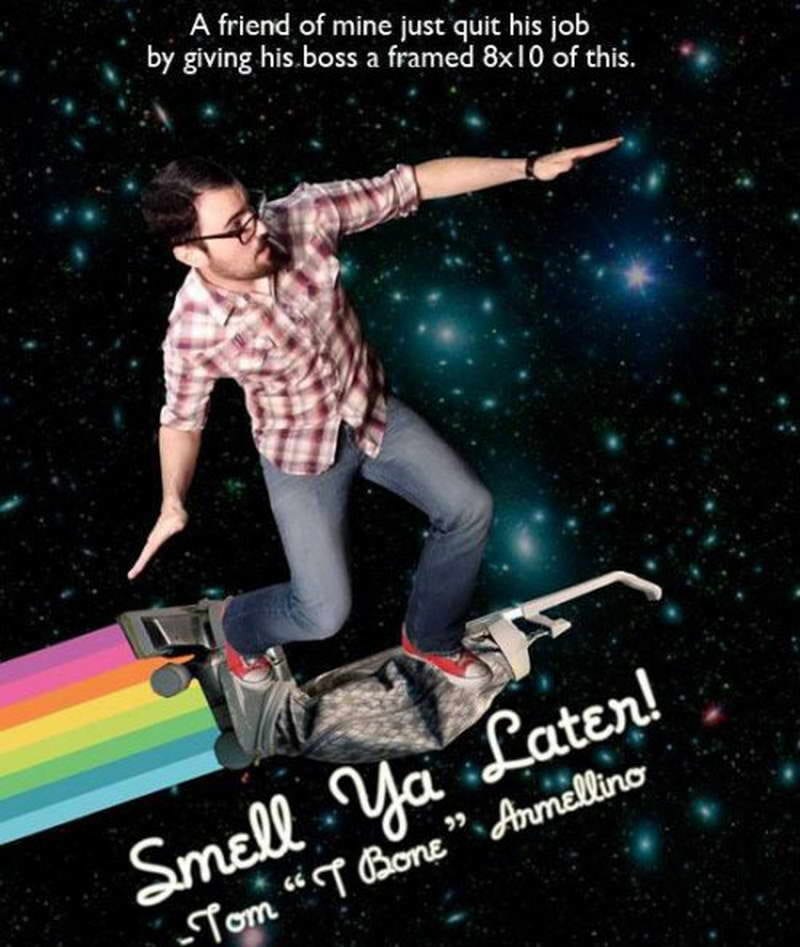 T-Bone is an absolute legend for this one. We're trying to decipher the backstory here. We think that this dude was previously a janitor (maybe a house cleaner) and he quit to start his own graphic design business. Either way, he's probably killing it now.

They Probably Have a Point 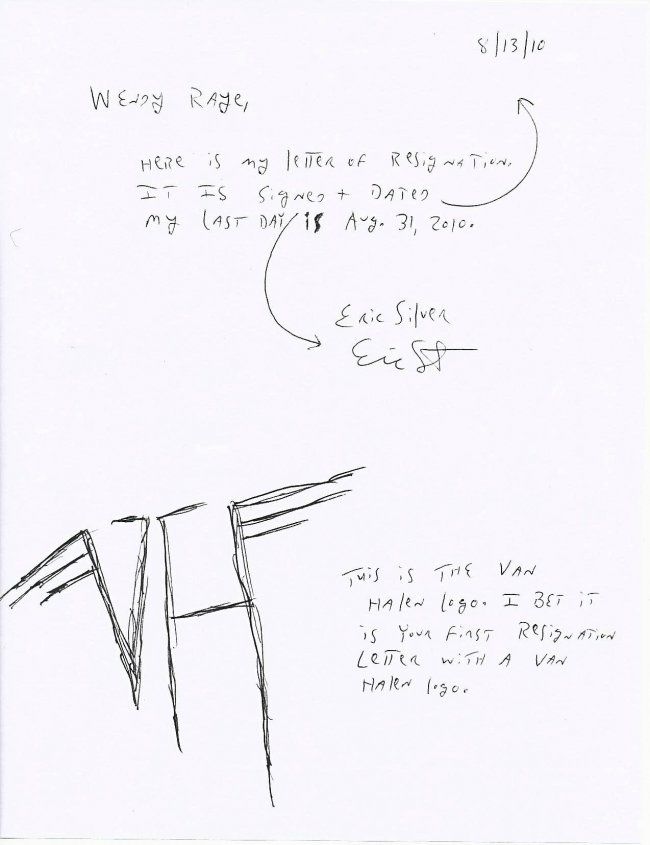 We cannot think of another instance in which it would be appropriate to draw the Van Halen logo on a resignation letter (unless you're resigning from being in the band). We have also never seen a handwritten resignation letter on unlined computer paper. This letter literally makes this person look like a dunce. But, at least they're getting creative.