In Case You Needed a Reason Not to Own an Alligator, Here It Is

Wildlife specialists have noticed an uptick in abandoned reptiles around the United States, some of which are exotic or largely dangerous when left in habitats that they don't belong in. Two alligators were recently spotted swimming in Wildcat Creek in Manhattan, Kansas, a rare sight to say the least. Investigations determined that a thief had stolen the gators from a pet store and released them into the wild. The female, Pebbles, unfortuntely died while rescuers attempted to trap her, and the male, Beauregard, evaded capture. 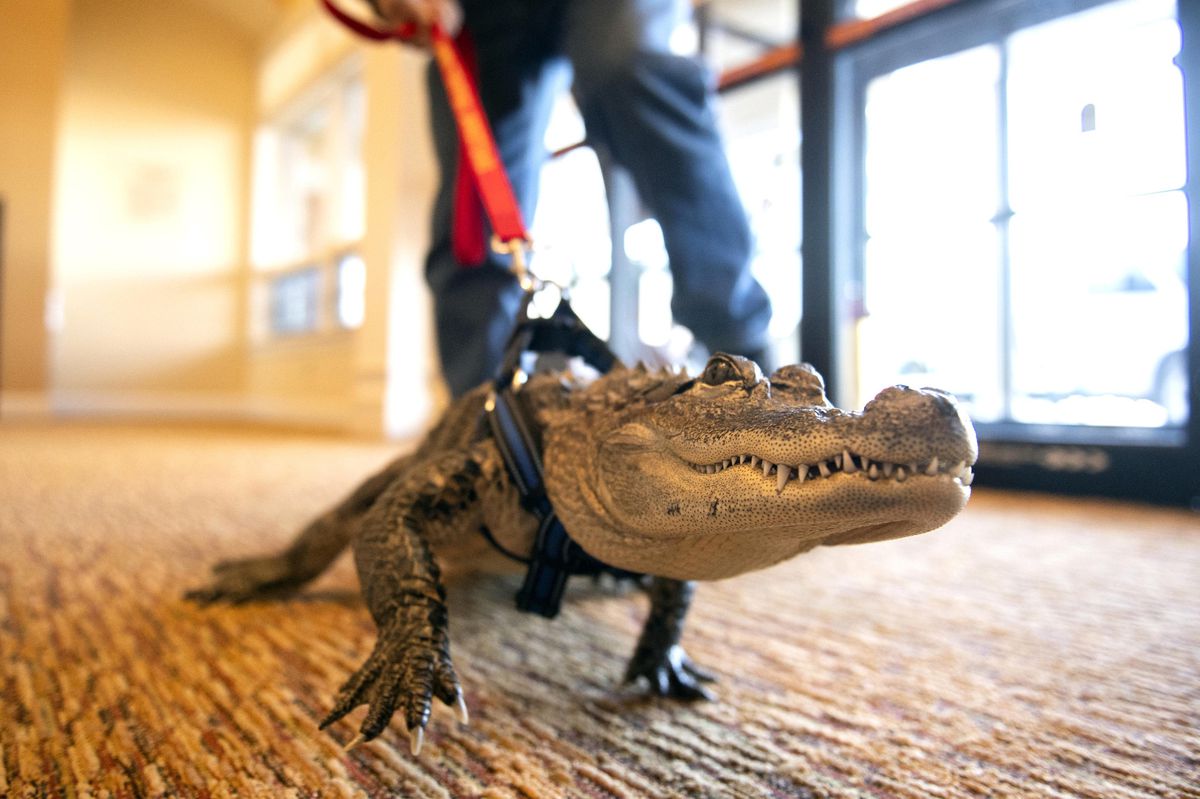 The untimely, though not uncommon death of the female, is a recurring pattern that shows what happens when American alligators are kept as illegal pets. Pebbles and Beauregard were previously illegally owned, and lived in a swimming pool and bathtub in Manhattan, Kansas. These reptiles can weigh up to 1,000 pounds and prefer to live in wetlands and marshy areas. Keeping them as pets is inhumane and dangerous to both people and the animal. States estimate that the number of alligators kept as pets sits at around  5,000 in Michigan; at least 50 in Phoenix, Arizona; and as many as 52 of the prehistoric reptiles are surrendered to the city of Chicago each year.

Black market trading of reptiles has been a problem for a long time, and state regulations about reptile ownership varies across the country. However, few take into accont the risk of owning these behemoths. Alligators can grow to be up to 14 feet long and have a lifespan of around 80 years. They're a physical danger to humans and other animals due to their natural propensity to violently hunt their prey. They have enormously strong jaws and when they aren't fed enough, a common problem when living in captivity, they can get agitated and bite, breaking human bones easily.