In late September of 1987, James Schnick appeared on the local news to talk about the tragic murders of his family members. His 30-year-old wife, Julie, 35-year-old brother-in-law, Steve Buckner, Steve's 36-year-old wife, Jeanette, and their sons: Dennis (8), Timmy (6), and Michael (2) were apparently murdered by 14-year-old Kirk Buckner.

Schnick said that his nephew had grown sick and tired of working on the farm and snapped. Kirk apparently took a gun, killed his family, and went over to the Schnick household to murder them. He killed Julie, but James overpowered Kirk and murdered him on the spot. 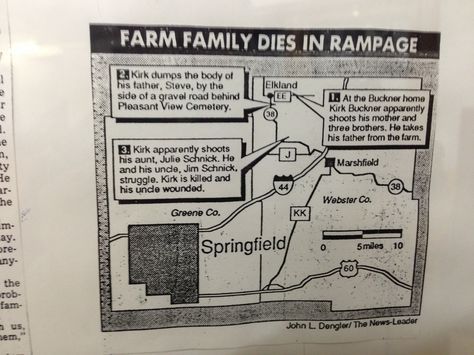 After an investigation, Schnick's story was not adding up. For starters, Kirk was left-handed but was found dead with the gun in his right hand. It was also apparent that Steve Buckner's body had been moved, and that it would have been impossible for young Kirk to move the dead weight of his father.

In early October, Schnick was arrested and charged with the murder of his family members. He admitted that he was responsible for the shootings during a two-hour interrogation. This revelation was brought to life thanks to locals who knew the Buckners and were convinced that young Kirk would never harm his family, let alone kill them. 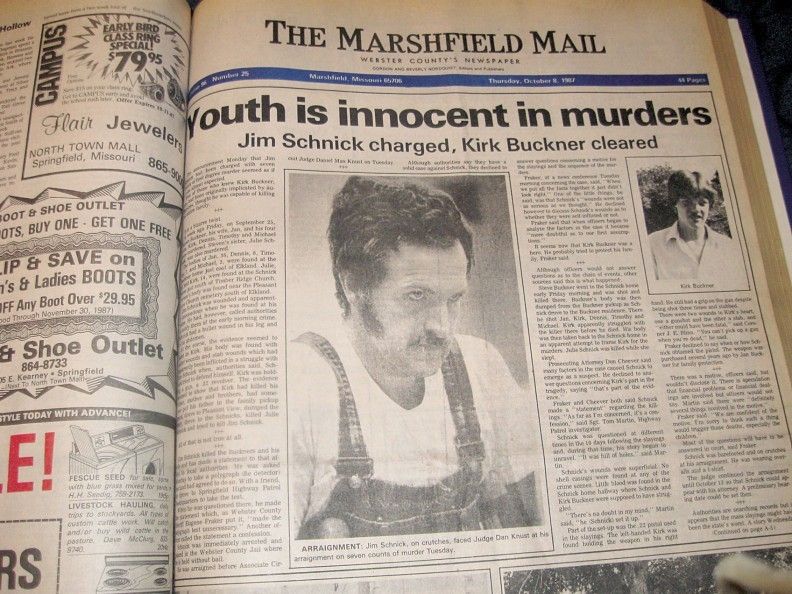 Investigators came to the conclusion that Schnick committed the murders to gain benefits from life insurance policies. He was charged with their murders.

After five years of court battles, he was finally sentenced to three life prison terms without the possibility of parole. He was initially sentenced to death, but the Missouri Supreme Court overturned the conviction and the process had to start over once again.