John Mulaney Gets Heat From Fans for His Controversial SNL Monologue

John Mulaney hosted Saturday Night Live for the fourth time over the weekend, the final show before the presidential election, and you'd better believe politics were a hot-button topic in his opening monologue. He started off by thanking essential workers and first responders, praised the audience for wearing masks, and then added that despite the necessity, mask-wearing has taken away his favorite part about living in New York City - overhearing strangers' conversations. 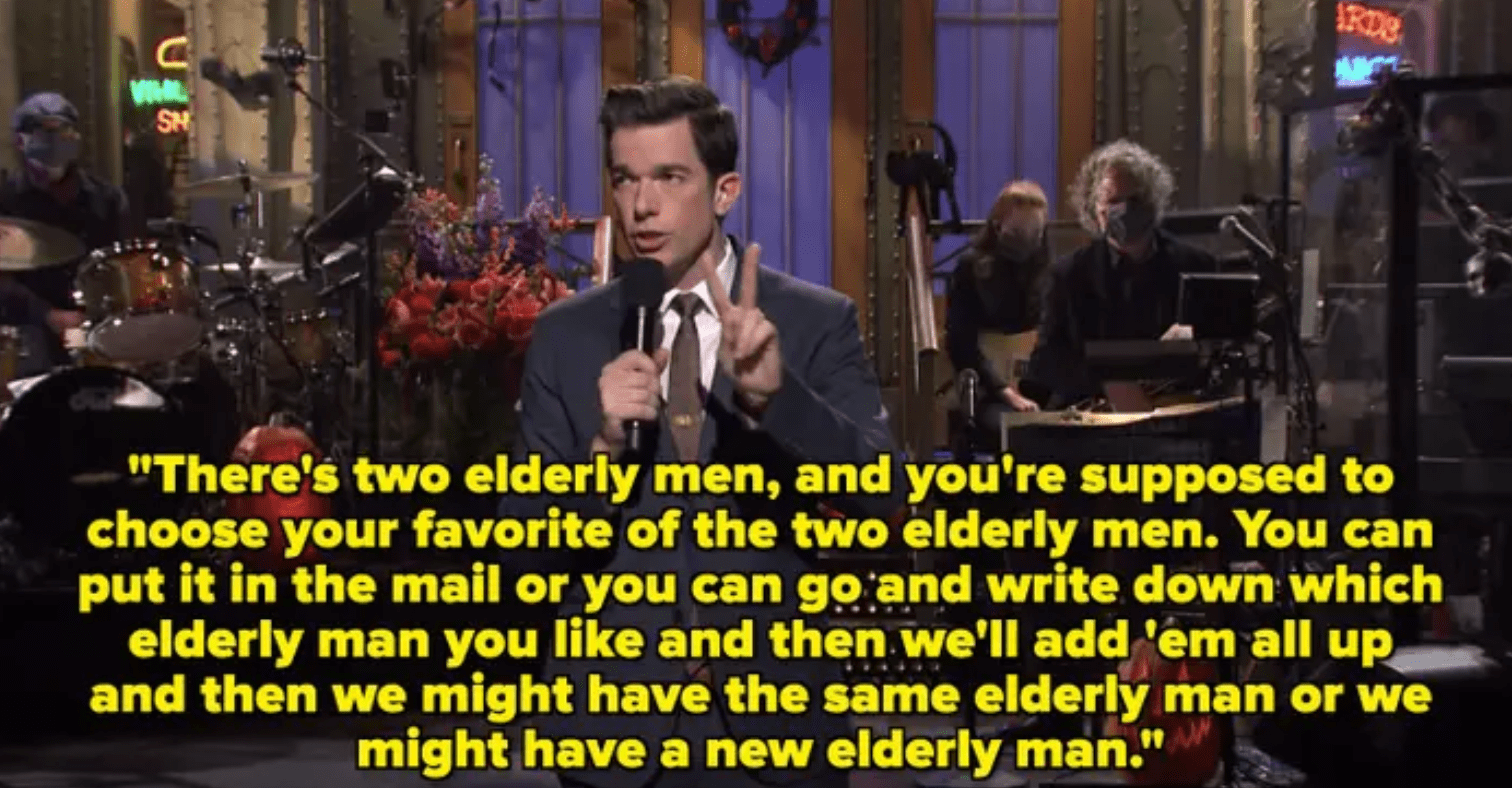 Then, this is where things get a little dicey. Mulaney referred to the upcoming election as "an elderly man contest," and continued with "no matter what happens, nothing much will change in the United States." A lot of people took offense to this. Many democrats are begging for change if Joe Biden wins. Though Mulaney didn't mean it to be taken literally, because he cracked a joke about mundane life events that politics will never affect anyways, viewers thought the joke was insensitive. 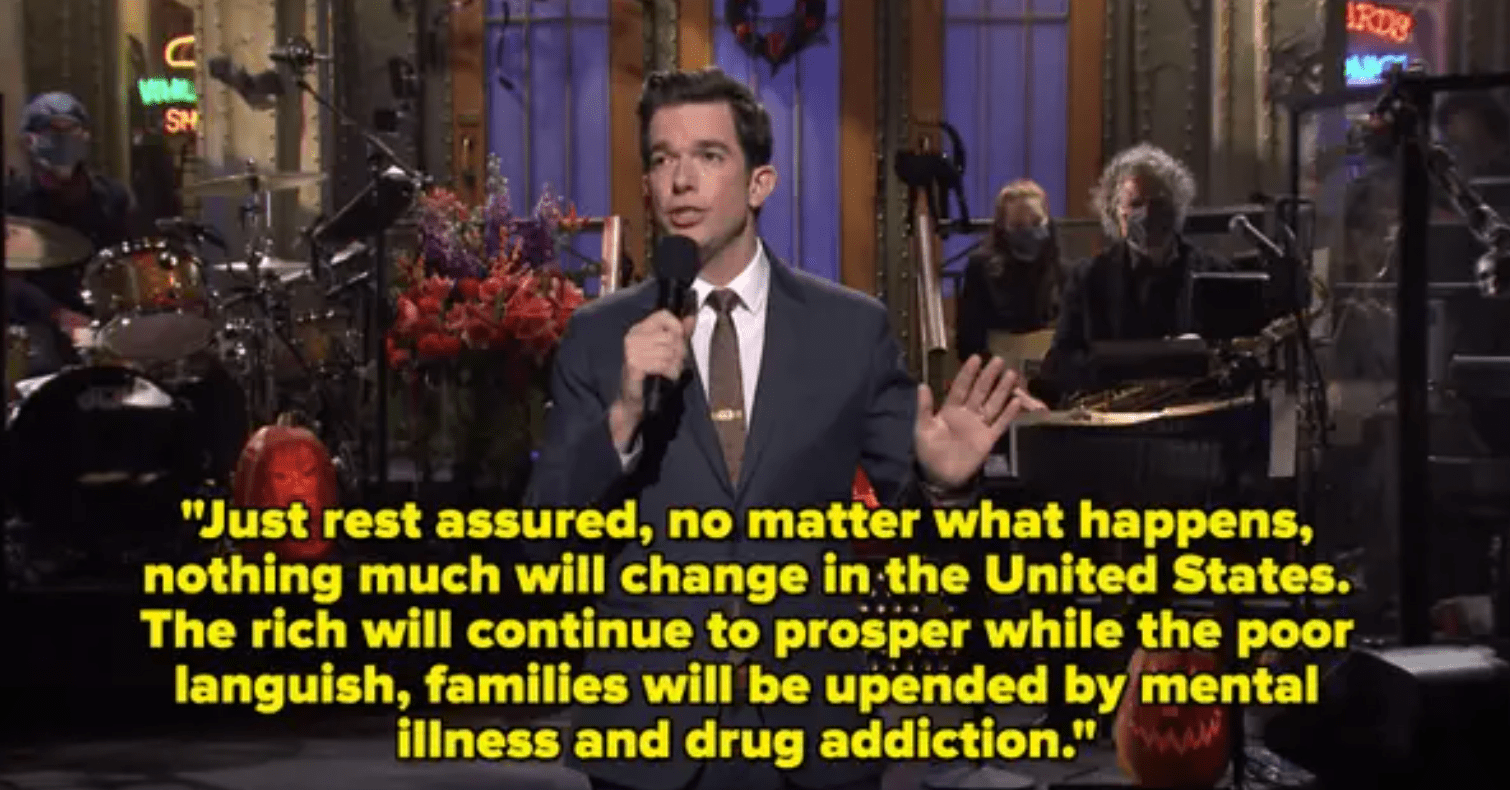 One Twitter user commented on his monologue by saying, "Shocked and appalled at what John Mulaney said on his SNL monologue. I feel as though they should do away with the monologue altogether. The celebrity guest should just stand on the stage and people clap for them, that's it." Another user agreed, "Nothing's going to change" is a horrible take to say on live tv 3 days before an election where we need as many people to vote as possible. @mulaney #SNL" It's safe to say that Mulaney's monologue will not have any effect on the outcome of the election, but perhaps he should have run his lines by a few people before taking the stage.