Looking Back at the Story of the Maryvale Shooter

A series of terrible murders plagued the Maryvale neighborhood in Phoenix, Arizona from 2015-2016, but we do not know if we have the killer for sure.

Aaron Saucedo was arrested outside of his Phoenix home on April 22nd, 2017 in conjunction with his suspected involvement in the 9 progressive shootings that occurred in the Maryvale neighborhood of Phoenix, Arizona.

Saucedo was 23 years old at the time, and his involvement in the case stemmed from a murder he was charged for in 2015.

When he was just 20 years old, Saucedo was arrested for the murder of Raul Romero, a 61-year-old Phoenix native who was intimate friends with Saucedo's mother. Saucedo was profiled by neighborhood individuals based on his car at the time, he had also owned a Hi-Point 9mm pistol that he had turned into a pawn shop, which was the weapon used to murder Romero. 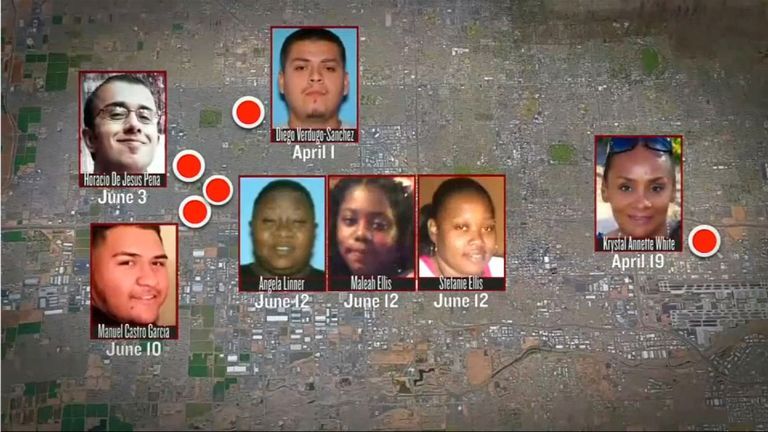 Although the Saucedo's case technically began in 2015, he was never jailed for his first murder. It wasn't until he was brought into custody in relation to the 9 2016 drive-by shootings, 6 of which were fatal, that a discussion began about his involvement.

Although we have his past to reflect on, we still do not know for certain that Saucedo committed the drive-by shootings that terrified the Maryvale community for an entire year.

Saucedo has been held since 2017, this is partly on grounds from his 2015 conviction, however, that crime has since gone out of trial, and it is considered unconstitutional to hold a person on charges that have already been placed.