Harry and Meghan's forthcoming talk with Oprah Winfrey is leaving "no topic off-limits," according to a source. It's also been said that they didn't inform the Queen of their tell-all before they filmed it. The last two years have been tumultuous for the former royals, and now Meghan is speaking out about the "perpetuated falsehoods" that swirled around her while she was an active royal, as well as her negative and untruthful portrayal in British media. When asked how she thinks the palace feels about hearing her "speak her truth," Meghan replied: "I don't know how they could expect that after all of this time, we would still just be silent if there is an active role that the Firm is playing in perpetuating falsehoods about us," Meghan said. "And if that comes with risk of losing things, I mean I — there's a lot that's been lost already." 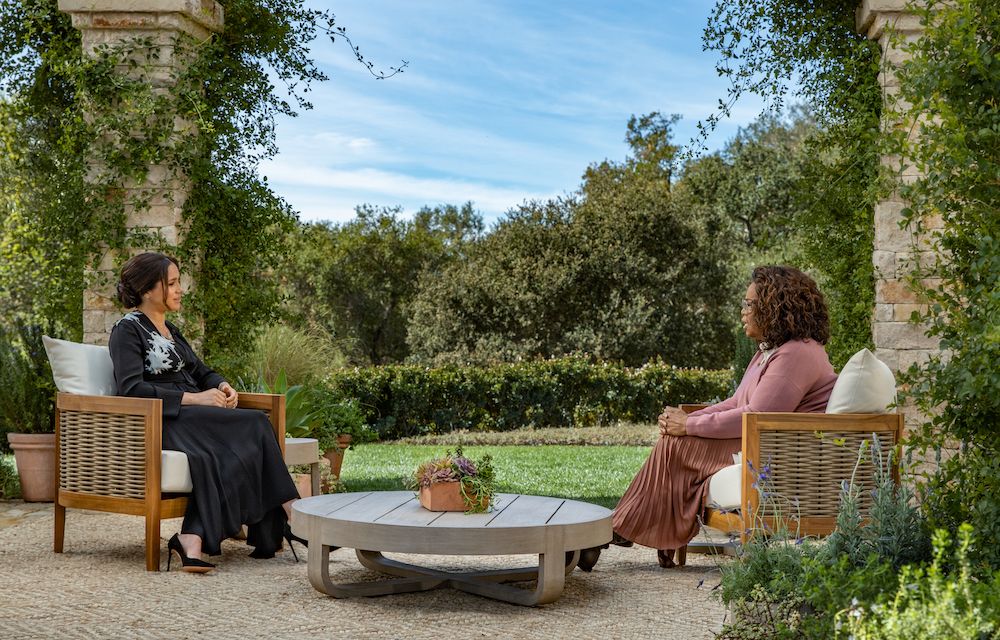 There have also been numerous bullying and harassment allegations stated by Harry and Meghan against palace staff. "The Duchess is saddened by this latest attack on her character, particularly as someone who has been the target of bullying herself and is deeply committed to supporting those who have experienced pain and trauma. She is determined to continue her work building compassion around the world and will keep striving to set an example for doing what is right and doing what is good." The tell-all will take audiences through Meghan's time as an active royal, her marriage and pregnancy, and her departure from the family. It airs this Sunday at 8 PM on CBS.