How much do you love chocolate? Is it enough to terrorize a whole town? For one primate in France, his love for sweets absolutely was enough. The monkey, which was likely raised illegally and then abandoned in the city, had been terrorizing the French town of Marseille for weeks, stopping outside schools to steal chocolate candy from children. The kids often gave him Kinder chocolate to sustain his habits.

Since chocolate isn't exactly the most nutritious of meals, the monkey became malnourished and therefore increasingly aggressive toward the children. Police began to hunt down the monkey after it began scratching children without treats, but it managed to avoid authorities for a long time.

"We were given the location, but the time we got there he had left every time," said one police spokesperson. 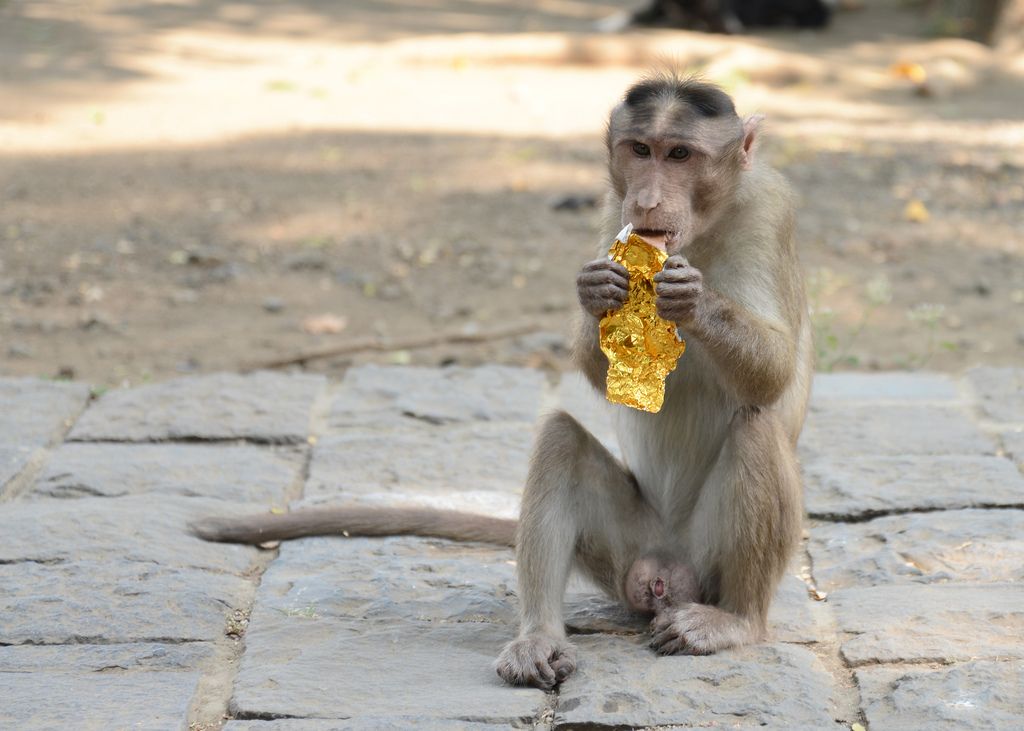 Eventually, the animal was caught and fed a more balanced diet, which restored the angry primate back to its kindhearted ways. The police are still on the hunt for the owner of the illegal monkey, who could be facing criminal charges of possessing a wild animal. As for the monkey, fans can find him in a zoo located in central France as soon as he has completed all of his vet visits. One rule though, no more chocolate!