Mr. Peanut Revived In Terrifying Baby Form And The Whole Internet Is Confused

Planters is comparing Baby Nut to Baby Yoda, and the Internet just doesn't know what to do with this information.

In January, Planters announced that, rather than rebranding their logo, they would be killing off their iconic mascot, Mr. Peanut. Viewers were under the impression that Planters would air the famous nut's funeral during the Super Bowl, and that would be that. The legume would be put to rest, and the brand would move on.

The Kool-Aid Man, who had a front-row seat at Mr. Peanut's funeral, shed a tear that fell on Mr. Peanut's grave, and subsequently, a tiny plant sprouted, and Baby Nut was born.

The reviews on the mini mogul are... mixed, to say the least.

"Baby Yoda, Baby Groot, and now #BabyNut? We are in the golden age, my friends," wrestler Johnny Gargano tweeted.

Another user said: "Kill it! Kill it quickly!" which seems to be where most of the Internet aligns. 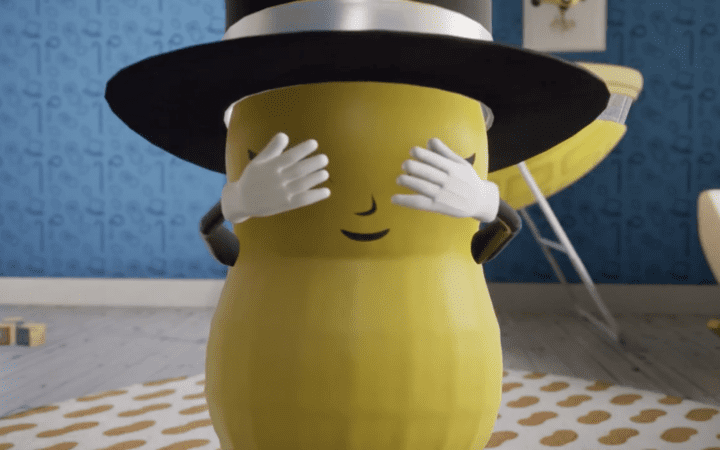 Where the brand is headed next, nobody is sure. However, Planters has clearly taken notes from other brands like Popeyes and Wendy's, who have mastered the art of creative, "original voice" marketing. However, it's yet to be determined whether or not this online backlash is genuine, or just for the sake of memes. Either way, the Internet is talking about Baby Nut and only Baby Nut, so they must be doing something right.