A man named Yaago, who goes by Prince Midnight on Youtube, ended up using his Uncle's skeleton to create an electric guitar. He calls it the Skelecaster.

“My uncle Filip died in the ’90s in Greece,” Yaago says. “He originally donated his skeleton to the local college and was medically prepared for the school. After 20 years, he ended up in a cemetery my family had to pay rent on. Like, literally in a wooden box. It’s a big problem in Greece because the orthodoxy religion doesn’t want people cremated. So, I went through the channels (state department, etc.) to repatriate his remains.” 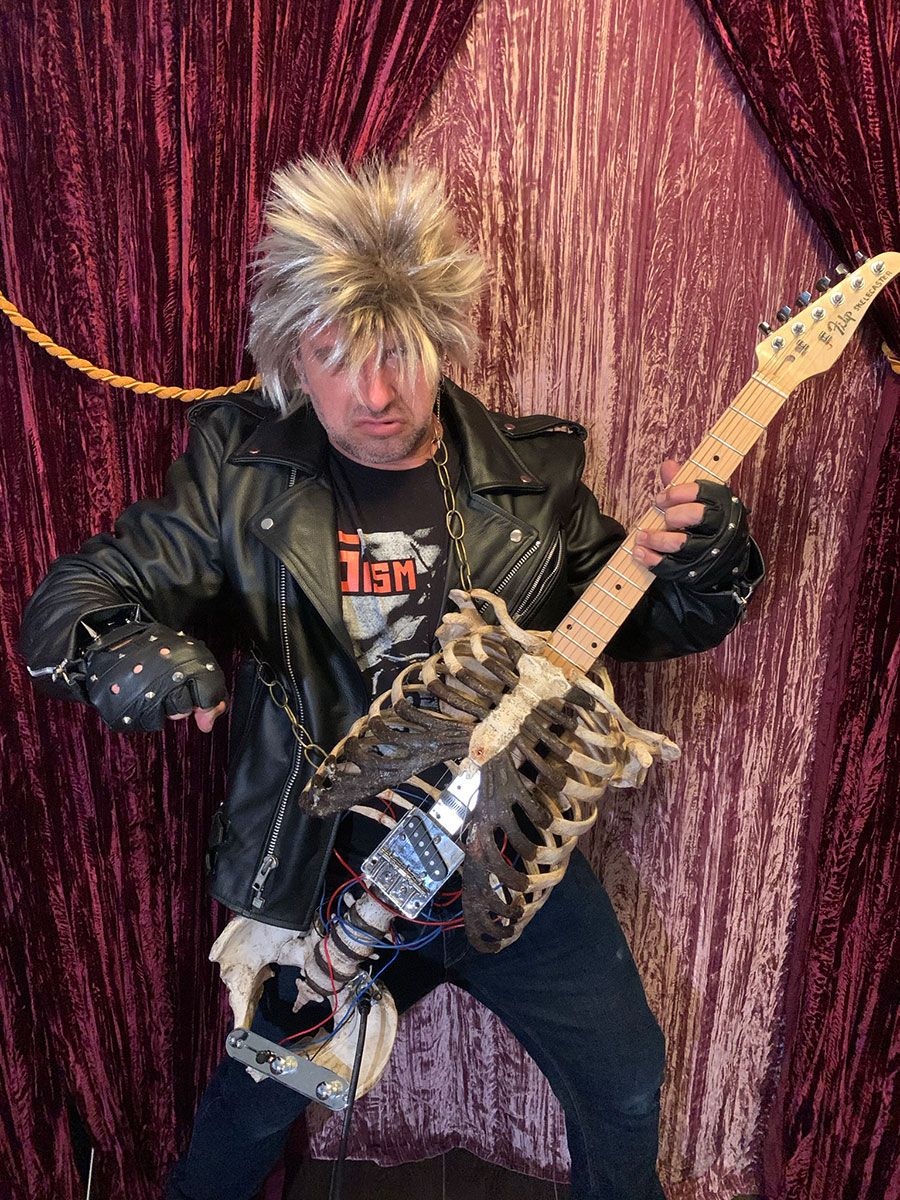 Yaago received the bones but was unsure of what to do with them. He did not want to tuck his uncle's remains away, so he decided to get creative. After all, making an electric guitar with his skeleton was a great way to memorialize his heavy metal-loving relative.

It wasn't easy, but that never slowed Yaago down. He used his Uncle Filip's ribcage, spinal column, and pelvic bone to create the body and hardware from a Fender Telecaster to make the guitar. Unsurprisingly, nobody had ever made a guitar out of a skeleton, so he was kind of on his own with figuring this out. 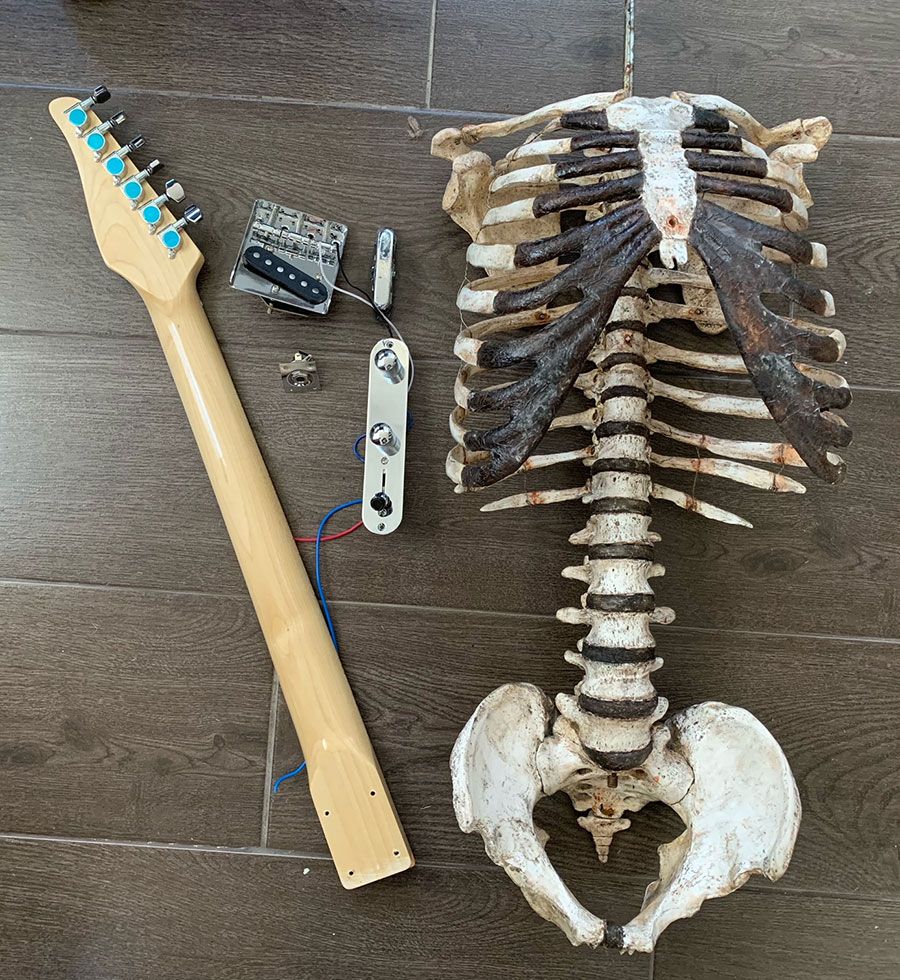 He ran into a few issues along the way. He accidentally broke two vertebrae and had to add steel plates to help support it. Drilling into the bone left him with a nasty smell, so that wasn't pleasant.

"Now uncle Filip can shred for all eternity. That's how he would want it."