It's a new decade and we're overdue for a new Saw movie. Luckily, Chris Rock is taking care of it for us. Spiral will be the ninth installment of the franchise and it'll be produced by Chris Rock himself.

In the film, Rock stars as Detective Ezekiel Banks who is investigating the brutal murder of a police officer. Just as they found the pattern, they found themselves right in the middle of the classic torture and death game. 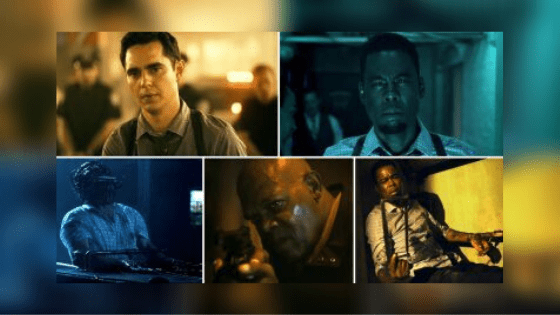 Alongside Chris Rock will be Samuel L. Jackson as veteran cop Marcus Banks and Marisol Nichols as Captain Angie Garza.

Even though this film is a part of the Saw franchise, it's not a direct sequel to 2017's Jigsaw film. Instead of following the usual storyline, they are trying to bring in a new, fresh story to the already successful universe. This time, the cops aren't sure if it's the real Jigsaw family or if it's a copycat killer...

It's still unclear whether the real Jigsaw will be making a return in the film. If anything, that's more reason to go see it.

“I’ve been a fan of Saw since the first film in 2004,” Rock said in a press release last year. “I am excited by the opportunity to take this to a really intense and twisted new place.”

Rock thought that there was always something missing in the Saw films and he could add that missing part. "I love Saw, but I was like ‘wow, it has almost no humor at all.’ So, it seemed like a good place… good fertile ground… by the way, the new Saw, I’ve seen, like, a rough cut. It’s still Saw…it’s bloody, it’s gory, but there’s like a sprinkling of humor here and there. We’re not revamping it, it’s not Scary Movie, it’s Saw."