Judy Carroll, a resident of Brisbane, Australia, has spoken to various media outlets over the years pertaining to her communication with the "Gray" aliens. Carroll claims she has had contact with them since she was quite young.

Judy believes she is a hybrid between human and Gray alien, as her mother had been abducted and implanted with the alien embryo. 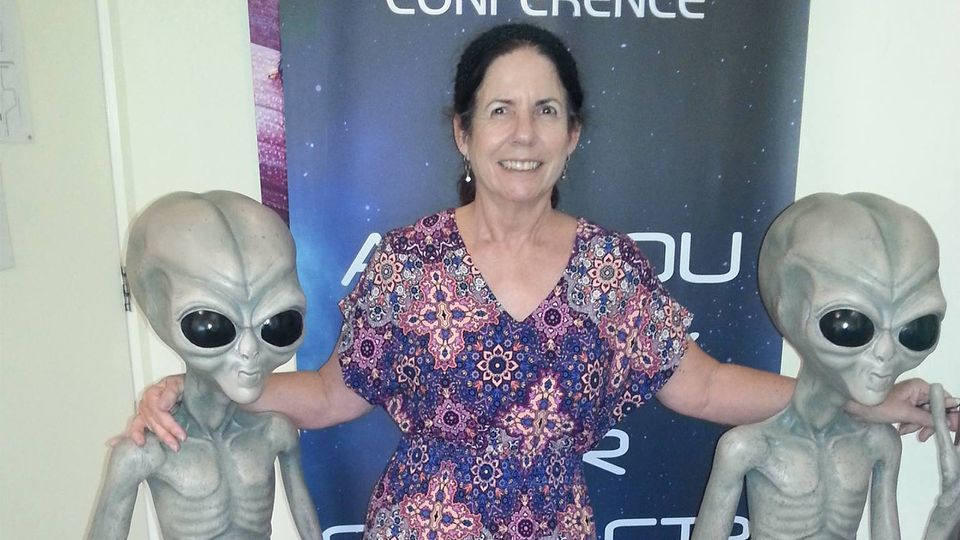 As a child, Judy says she saw the Grays quite often, but as she grew up, they disappeared for some time until 1983 when they returned.

She's given a full description of their appearance and their ship. The Grays appear to her as large-headed humanoids that are short in stature with large teardrop-shaped black eyes and tiny mouths with fixed jaws. The interior of their ship was pure white and everything inside had rounded edges.

Judy says the aliens taught her meditation as a way to communicate with them. One alien, named Maris, has become her spiritual teacher and healer. She says he has treated her for jaw difficulties she experienced due to her hybrid existence. 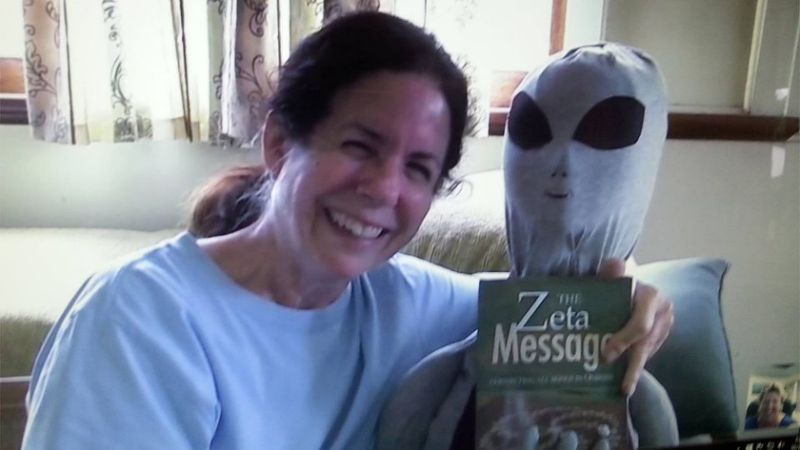 Judy wants people to know that aliens are not things to be feared. She believes they have only good intentions and wish to help humanity develop further and save people from their own demise. She began to share her encounters with the Grays after her husband accidentally saw one next to her while she was meditating. She has since written a book and continues to share her experiences with the Grays.