How Cropsey Became an Urban Legend Brought to Life

What used to be an urban legend that parents used to keep their children from wandering in the woods turned into a real-life horror. CropseyÂ was a legend spread around a small Staten Island community about an escaped mental patient who used his hook for a hand to drag unsuspecting children into the tunnel system. These stories would also be swapped around campfires, during sleepovers, and even be used by older siblings to scare the younger kids. Then, one day, Cropsey became all too real.

Andre Rand was a janitor at the Willowbrook State School right on Staten Island. It closed in 1987 due to the horrific conditions that medical personnelÂ made the orphaned or abandoned children live in. Later that same year, Andre Rand was found to be living on the abandoned premises. He was arrested in connection with the abductionÂ ofÂ  12-year-old Jennifer Schweiger, a girl with down syndrome. They would later find her body on the premise. All of the sudden, the Staten Island community was in shock. What they thought was just an urban legend turned all too real very quickly as more of Rand’s crimes came to light. 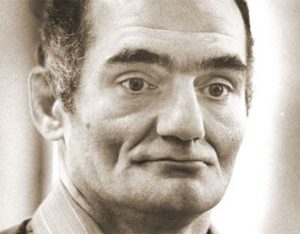 Police suspected Rand of murdering five-year-old Alice Pereira in 1972, seven-year-old Holly Ann Hughes in 1981, 11-year-old Tiahease Jackson in 1983, and 22-year-old Hank Gaffario in 1984. None of their bodies have been found, but most peopleÂ int the community suspect that they are on the premise… In 2004, he would also be convicted of Holly Ann Hughes’ death after he told an inmate what he did to her. He will be eligible for parole in 2037.