Michael Koropisz lives in Stockport, England. He's always been fascinated with the early 20th century and is inspired by the fashion and lifestyle. He chooses to wear suits over casual clothes and doesn't even own a cell phone.

All of his friends know of his vintage philosophies. He lives in a home full of antiques from that time period and doesn't own any modern clothing. Of course, he owns some technology, but only things that he absolutely needs! Koropisz is an artist with a concentration in the early 20th century. He's dedicated to the bit! 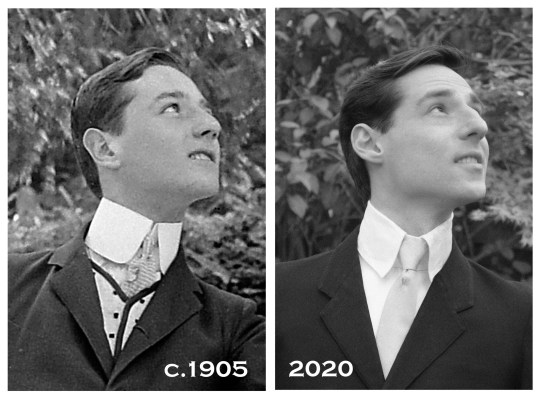 Naturally, Koropisz was shocked to see a photo that his friend stumbled upon online. The photo, dated back to 1905, looked exactly like Koropish.

In order to showcase just how similar they looked, he had a friend snap his photo standing in the same way. The similarities were shocking! 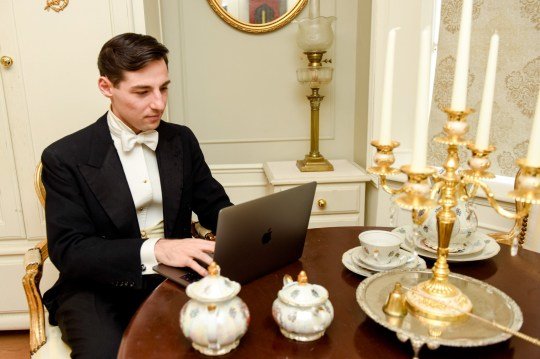 This coincidence is too wild to be true, but it somehow is! This is not a photo of a relative of his, either. Some people are even calling him a time traveler...

Even if it's just a coincidence, it's still so striking to see the resemblance! That, paired with the fact that Koropisz is enamored with the early 20th Century makes this story even crazier.