The Creepy Tale of the Wendigo

Most urban legends don’t seem too terrifying, but the Wendigo takes the cake for creepiest one out there. In Algonquian folklore, the Wendigo is a man-eating creature that is native to the northern forests, mainly on the Atlantic Coast. Some believe that it’s an evil spirit that possessed a human, creating this monster. Although the Wendigo has intercepted other cultures, it’s mainly regarded as a cannibal monster. Sometimes, people believe it only kills the greedy, while others think it’s just plain evil with no motive for its killings. 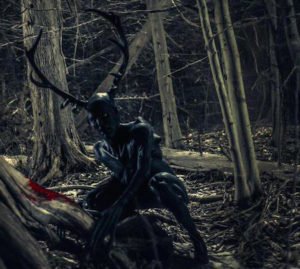 According to legends, its body is emaciated while its skin is pulled tightly over its bones. It’s usually gray or black with deep eyes. Lastly, its biggest identifier is the gross smell of death that it emits. A popular theory is that the Wendigo grows in size after every human it eats, meaning that it’s never full. Out of all of the urban legends that could exist, let’s hope that this one is just a legend.