The Legends of Japanese Ghosts

Ghosts aren’t just the restless spirits of deadÂ humans. In Japan, they take on many forms and stories… Ame onnaÂ 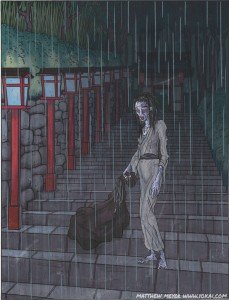 Ame onnaÂ will appear on rainy days and nights. Wherever they are, rain will follow. These spirits are also known for kidnapping children during these storms. If you see one, you’ll notice that they are usually haggish women who are soaking wet. They’re commonly seen trying to lick the rain off of their hands and arms like an animal. OnryÅ 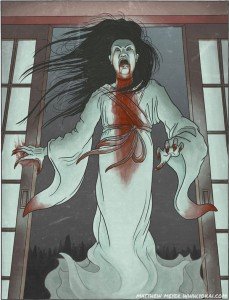 This is the last type of spirit you want to come in contact with. They are ghosts of real people who were jealous, angry, or hateful people in their lives. Their soul is so tortured that they are unable to reach the afterlife, so they form this angry spirit who seeks vengeance on anything and everything it can. They usually appear exactly how they looked like as they died. Hone-onna 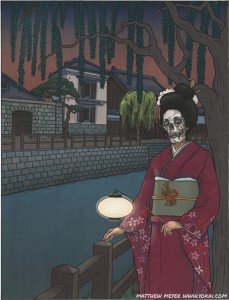 This spirit is different. This is usually a spirit who has an undying love for a person in their life. They are usually depicted as young and beautiful women in their prime. But, only people with a strong religious faith are able to see what they really are: rotted skeletons. They are not hateful or vengeful,Â  but scary to look at! ShiryÅ 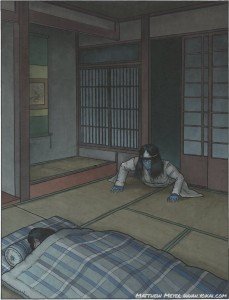 These spirits are much more malevolent. They are specifically ghosts of the dead but are not the actual spirits of the dead. They take the form of the ghosts to torture their living family and friends. They appear minutes before the family member or friend passes away. Check out more crazy spirits onÂ yokai.com