One of the countries most beloved national parks has some of the creepiest urban legends… Some say that the park is even haunted! Bigfoot’s Home 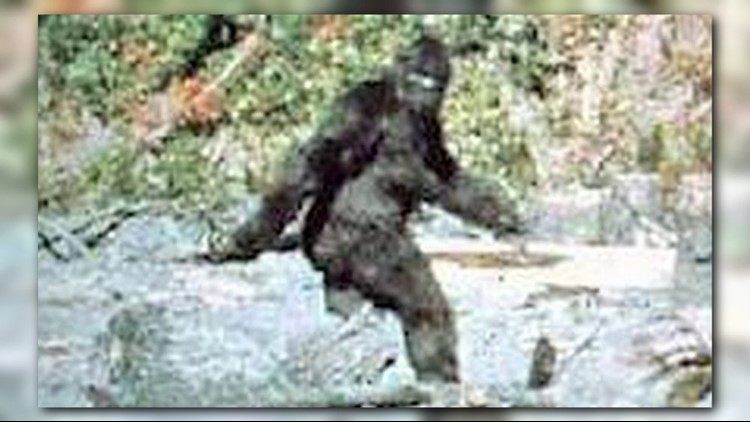 Obviously, Bigfoot was a pretty big story to come out of this park. This is where most of the sightings of Bigfoot took place. Even Jane Goodall believes that Bigfoot could very much reside in this park. Creepy Nightcrawlers These creepy nightcrawlers have been spotted all over the park and even recorded! According to the Ahwahneechee tribe, the nightcrawlers are a peaceful race of beings that came from another planet. Their goal was to rebuild the union between man and nature. Not a bad gig. Angry Spirit of the Waterfall 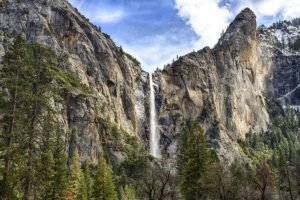 According to a legend of the Ah-wah-nee tribe, there is a dangerous spirit that takes of the lives of those who are around this waterfall. Two women were picking berries at the top of the falls when a mist swirled up and threw one of the women down into the rocky waters. The chief of the tribe blamed an evil spirit known as Po-ho-no. The Haunting of Grouse Lake 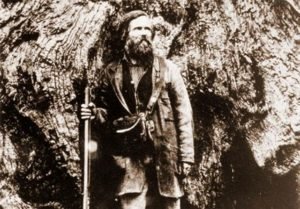 There is actual documentation of this haunting from 1857. Park Ranger Galen Clark heard haunting cries that sounded like a dog or animal in distress. He kept hearing the, but could never find where they were coming from. Eventually, he contacted a local tribe about the cries to see if they knew anything. They immediately warned him to cease searching for the cries, as it was not a dog and heÂ would be in danger. They said it was a spirit of a Native boy who drowned in the lake years before. They warned him that the boy was crying to draw people close to the lake so he could drown them. The Curse of Tenaya Canyon

Tenaya Canyon is referred to as the Bermuda Triangle of Yosemite. Local legend says that Chief Tenaya cursed the canyon in 1851 after a battle took the life of his son with intruders. There have been tons of unsolved disappearances as well as mysterious deaths deeply connected to the canyon… Who’s to say it isn’t true? Suicide Victim’s Ghost 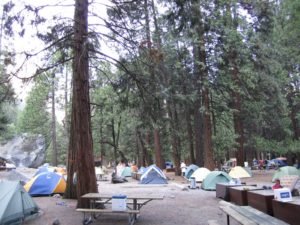 Many campers have reported seeing the ghost of a camper who had committed suicide. They say that he can be seen hanging on the trees between the hours of 11:00 P.M. and 3:00 A.M. The Bizarre Disappearances of Children

There’s another local legend going around that many children have gone missing around huckleberry bushes. But then, the children are always found. Usually, they’re much farther away than the last time they were spotted, and they always have missing clothes or shoes. Locals blame supernatural beasts who try to take children.