Have you ever had an umcomfortable interaction with someone? Not that it was bad, just kind of weird and creepy? These Redditors took to the forums to tell their stories in r/CreepyEncounters. These addicting stories are just the tip of the iceberg...

Make sure to ALWAYS lock your doors

It was not too long after I had taken my dogs out for the last time and was turning off the tv and lights when one of my dogs started growling. Not too weird since he sometimes does that when people walk by the house (he only does it to certain people, not everyone). I then heard the front door open and someone walk in. My dog then started barking. My other dog (who loves all people) came running from the other room to greet our guest.

At the same time I was reacting to what was happening and went “what the fuck. Who are you?”

Standing in the hall was a guy in his mid to late twenties. He was skinny and tall. “Umm, oh wait.. I don’t think I’m in the right place.” He genuinely seemed confused. I replied with “hell no you aren’t. Please get out”

He apologised and said he was coming to hang out with a friend and just of accidentally went to the wrong place. I asked him what house he was looking for and he said a number that was just a few couple number off from mine. He apologised again and left. He seemed nice and non threatening but I was still kind of spooked.

This morning I was ready to laugh the whole thing off. I was planning on telling my neighbour (a couple in their thirties) what happened. I don’t know them all to well but we have talked before. Luckily I caught with one of them when I was taking my dogs out.

I didn’t want to come off like I was mad or scared over what happened so I casually said “I’m sure he told you about it but your friend paid me a surprise visit last night.” My neighbour gave me this confused look and said “what are you talking about.”

“Your friend. He walked into my house last night thinking it was your place.”

My neighbour was quite for a second and then said “I don’t want to alarm you. But I have no idea what your talking about. We didn’t have a friend over last night”

Almost hit a guy who was missing half his face 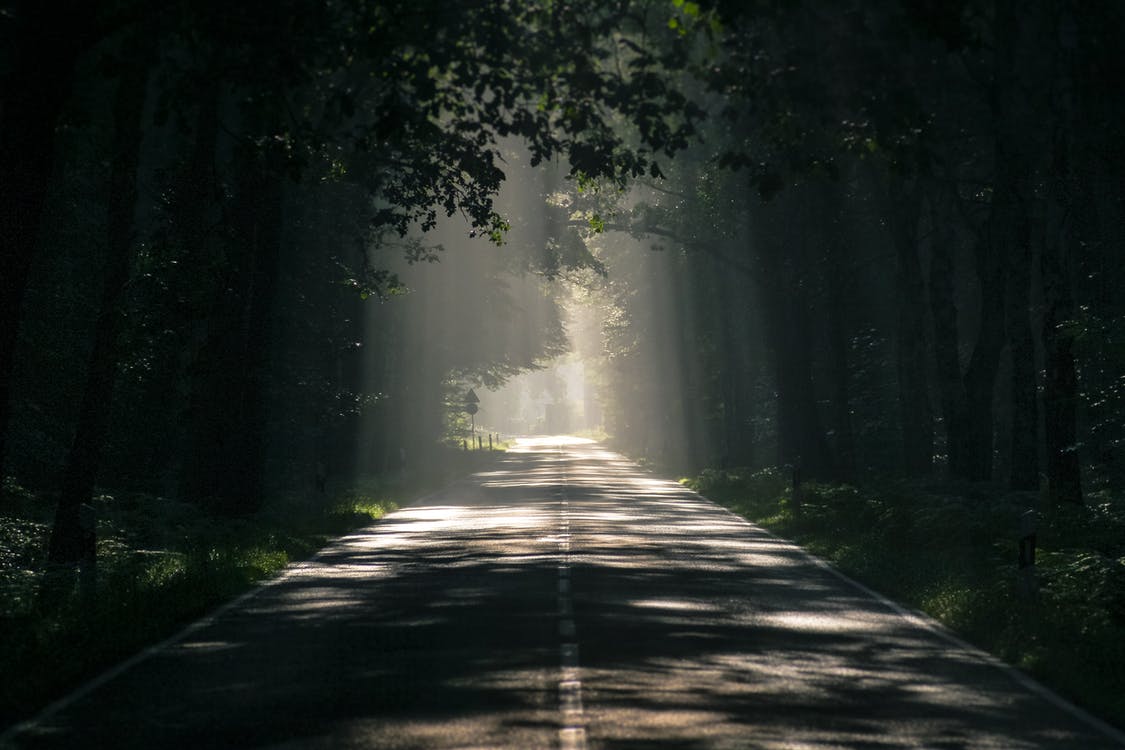 Last night, a friend of mine and I were on the way home in my city. We were cutting from one of the main roads to another main road, but we were using the neighborhood between these two roads as a cut through. We round a super sharp corner and slam on the breaks cause a dude is literally just standing their. He comes running to the car and it literally looked like a horror movie scene, he had blood all on his shirt and his jaw was hanging. I don’t even know if he asked but next thing I remember is he’s in the backseat while we are hauling ass to the hospital (which just so happens to be literally next door to my friends apartment complex). On the way he tried his best to explain what happened, but all I was able to make out was he abandoned his car somewhere, and had been shot in the face. We took him to the hospital, we weren’t able to go in or anything cause of COVID19 though so I’m currently unsure of his condition. This might not be a super “creepy” encounter, but it sure was insane, and I’ve never had anything like that happen before. My adrenaline is still pumping here 12 hours later.

Update-Nobody will probably see this because this post is old asf and I just now saw it got so much attention, but turns out he was buying weed from someone and got shot when the person tried to rob him. Don’t know if he got charged or if anyone else did, but he was the victim and was pretty chill for a dude who just got shot in the face

I live in a small town in Denmark with a population of roughly 3000 people where nothing ever really happens and the following scared the entire town to death.

Back in 2005 or so when I was still in kindergarten, a strange and agitated man who was a father to one of the children came and demanded my teacher that he wanted to see his daughter and take her out of school. My teacher could see in his eyes that something was not right and that he was extremely upset. He therefore denied him to see his daughter and after a very uncomfortable discussion the father eventually gave up, walked to his car without looking back and drove home. My teacher grew very worried and decided to call the local police to go check the family’s house.

Later that day it came on the news that the father had murdered his own wife with a gun and afterwards shot himself in the head.

At the time, my best friend lived next door to the family and he has since told me that he could hear the mother screaming in a very horrifying way followed by three gunshots, a grown man crying his heart out, 10 seconds of silence and then finally one more gunshot.

It creeps me out just to think about this and I feel so sorry for the daughter who was left an orphan at such an early stage in life.

I really do not know what would’ve happened to the daughter if my teacher had not stopped the man from taking her home with him.

I hope you’re having a decent life wherever you are, girl.