On Tiktok, there is a trend called "randonauting." There's an app called Randonautica that sends you coordinates to a space near you where there's a "glitch in the matrix," so to speak.

A group of Seattle teenagers used this app and found themselves in the middle of a true-crime mystery. The teens went to the location that popped up on the app and found a suitcase along the shore water. At first, they joked about finding money, but things grew very dark when they opened it... 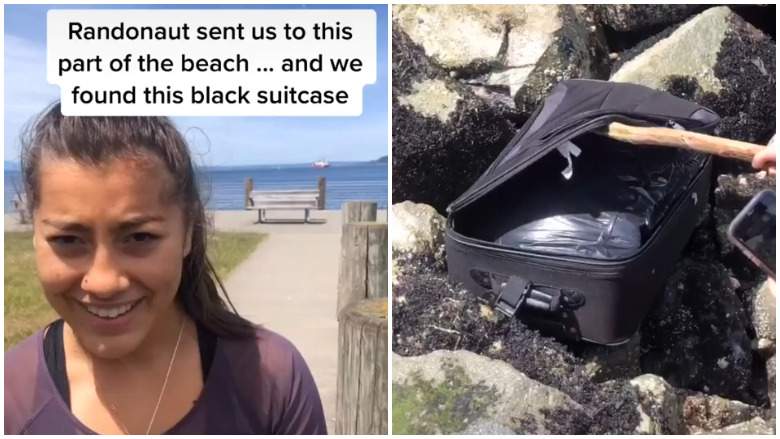 “Randonaut sent us to this part of the beach," the user wrote in the video. "And we found this black suitcase. We were joking that maybe the suitcase would have money. As SOON as she opened it, the smell was overwhelming.”

The video went from funny to scary in seconds. They called the police and informed them that the suitcase smelled foul. When they were leaving, more police showed up. Eventually, an article was released detailing what they had found... It was worse than they could have imagined.

The Seattle Police Department confirmed their worst fears in a statement released to the public. "Police responded after receiving a call of a suspicious bag on the beach. Another bag was located in the water. Once the contents were determined to be remains, detectives responded to begin their investigation. Harbor Patrol is assisting on the call, and detectives will work closely with the King County Medical Examiner’s Office as the investigation proceeds. This remains an active and on-going investigation."

As of right now, the remains have not been identified.