It's been a few years since Snapchat added their face filter features onto the app. It was really well-done and pretty entertaining, especially at the beginning. At this point, the filters have lost their flair and are only really used as a cover-up.

Every now and then, a creepy photo taken on Snapchat will surface. The photo taker  will try and face swap with a friend, a stuffed animal, a dog, whatever, and end up getting something even scarier. 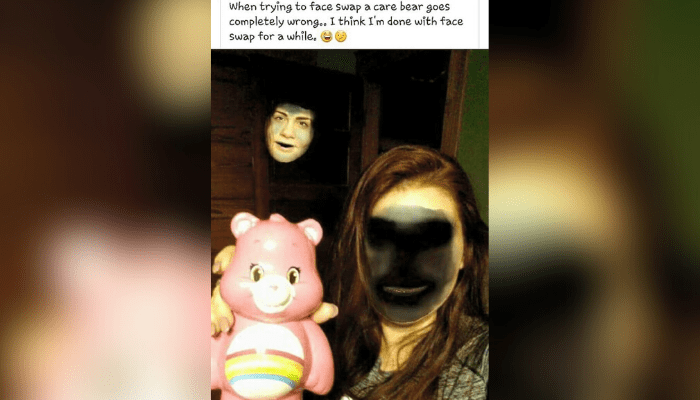 Most people will say that it's just matrixing in the camera and the face-recognition technology is picking up random figures that it sees, which is pretty plausible!

In the above photo, Jenna May Cobb posted on Facebook a bizarre photo that she took when she tried to face swap with a Carebear. Instead, the camera picked up on a black mass behind her... Was this a ghost posing for a photo? 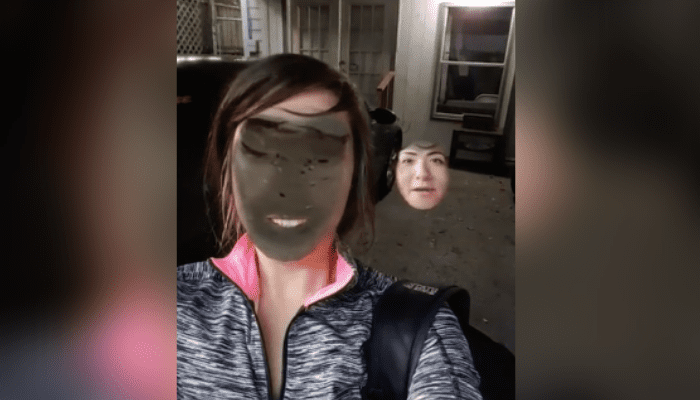 This user was messing around with the face-swapping feature when she stumbled upon something pretty scary. She accidentally captured what the technology thought was a face in the background of her photo.

A lot of the time, users find it tricky to perfectly face swap with a friend, so the fact that these people are able to successfully track something that they can't see is pretty creepy! 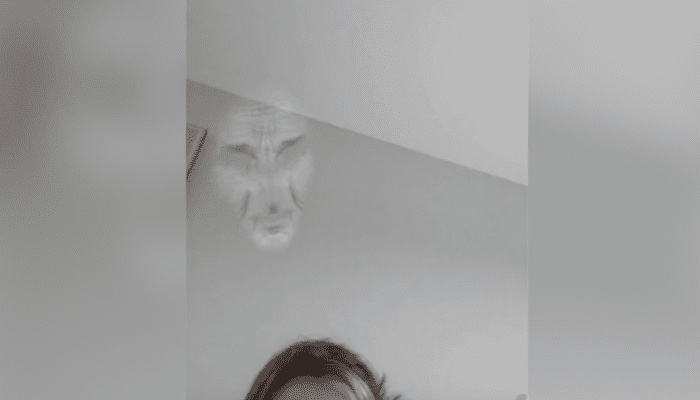 This one is probably the eeriest! The person taking the photo was trying to use an old person filter on their face when they accidentally caught someone else trying to get in on the fun... The fact that it's a wrinkly face makes it even scarier!

Whether it's a creepy glitch or something otherworldly, it's still fun to look at them and think that maybe a ghost wants to get in on the Snapchat action.