Terry Hurst was a sweet teenager with learning disabilities adored by his foster family and friends. He met his untimely fate when three teenagers targeted him in a ruthless and senseless act in 2005. Detective Inspector Tom Whiteley of South Yorkshire police said that Hurst was "a good lad. He has certainly not been in trouble with the police before He would help anyone out and would never cause any particular problems for anyone."

John Sawdon, 17, Jermaine James, 17, and Rebecca Peeters, 16, invited Hurst on a camping trip in a nearby wooded area. Hurst didn't know them very well but enjoyed camping so he decided to go. They set up camp about a mile into the woods. At one point, the three defendants left Hurst alone at the camp to grab some alcohol from Sawdon's home. When they returned, they had two large scythes from a nearby agricultural farm.

According to court documents, the three teenagers dragged Hurst from his tent, only wearing socks and boxers, and began their assault. They stomped on his head, sliced him with the scythe, and beat him brutally. Hurt tried to run away but they caught up with him. He received more than 60 injuries to his body.

Less than 24 hours later, his body was found in a ditch with the 5th scythe embedded in his skull. The murderers pleaded guilty. All three were sentenced to life in prison with the possibility for parole in 13-15 years. It was known that Sawdon was the one who masterminded the plot, but it's unclear why they chose Hurst. 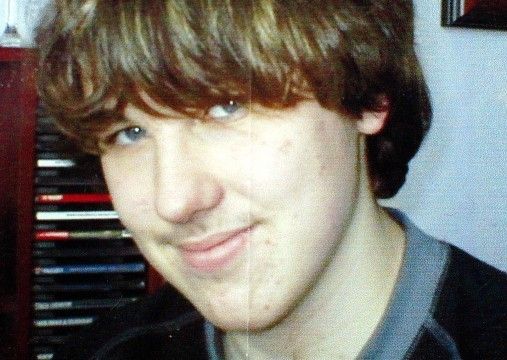 Sawdon, who was adopted, was apparently bullied at school and suffered from "emotional dislocation." He was prone to sudden outbursts of anger and violence. He had been thrown out of his house at the age of 16. According to a witness, Peters had said of Hurst:  "Have you seen his hair - its scraggy isn't it? I'm going to end up killing him some day."

The case is notable for its grim circumstances, brutal murders, unknown motives, and relation to the famous band Bring Me The Horizon. Sawdon is lead singer Oliver Sykes' cousin. The song "Get Out" mentions the story of the murder.