Two-year-old Rosalia Lombardo succumbed to pneumonia in 1920. Her family, ravaged by grief, had her small body embalmed. She was entombed in Italy's Capuchin Catacombs.

Fast forward 100 years, the catacombs are open to the public. Some people have observed that are eyes are open, while others have seen them closed. Catacomb employees claim that the mummy's eyes open and close at different times of the day. In order to prove it, someone took photos of the mummy three different times, two hours apart. The results are odd.

Each photo was taken two hours apart. It's obvious that the only thing to move on the child was her eyes. Of course, this is an interesting phenomena that doesn't have a solid explanation, but there are a few ways to debunk this. The temperature changes in the catacombs can cause the delicate skin on her eyes to flutter around. Some believe that it's an opitcal illusion. 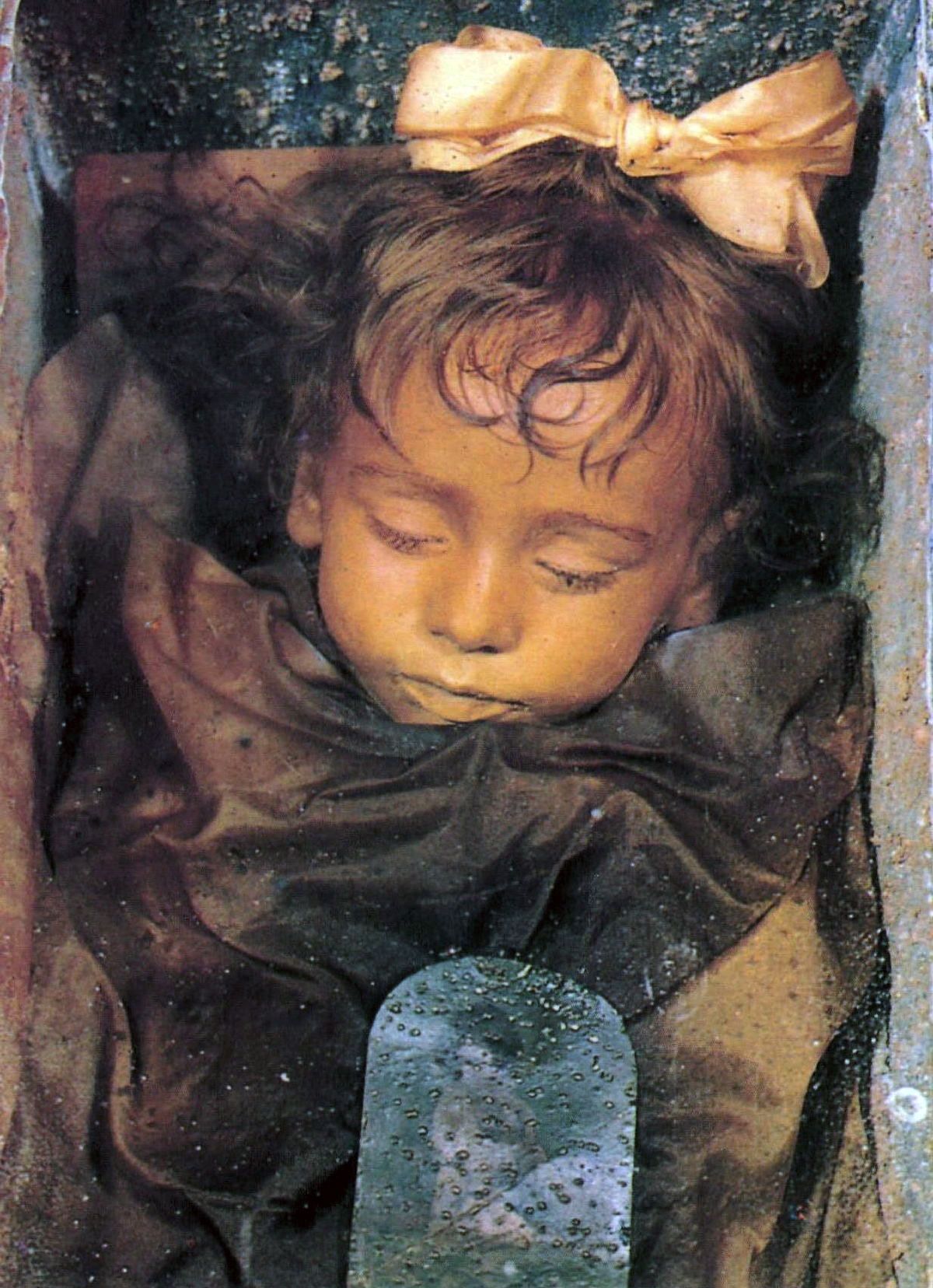 In response to the phenomena about her moving eyes, Capuchin catacombs curator Dario Piombino-Mascali stated that "It's an optical illusion produced by the light that filters through the side windows, which during the day is subject to change ... [her eyes] are not completely closed, and indeed they have never been"