The Bullet That Waited 20 Years to Strike Its Target

You've got one shot, one chance, failure is not an option.

The year was 1893. Henry Ziegland had just broken up with his long-time girlfriend. They lived together on Ziegland's enormous farm, and she had nowhere to go after they split, so they kept their distance for a long time. Ziegland started living in the shed behind his house. There was a tiny woodstove, running water, and enough space to stretch out and eat his meals after long days on the farm.

He got so comfortable living in his shed that he neglected to look in his house, where his, now ex, girlfriend lived. A month passed and Ziegland realized that he hadn't seen her in an alarmingly long time. He entered his farmhouse to find his ex-girlfriend dead and lying in the bed they shared. She had been dead for at least a week, and it was clear that she had committed suicide.

Mourning her death, Henry Ziegland moved her body and organized a funeral for his ex. He invited all of her family, of which only her brother was able to attend. 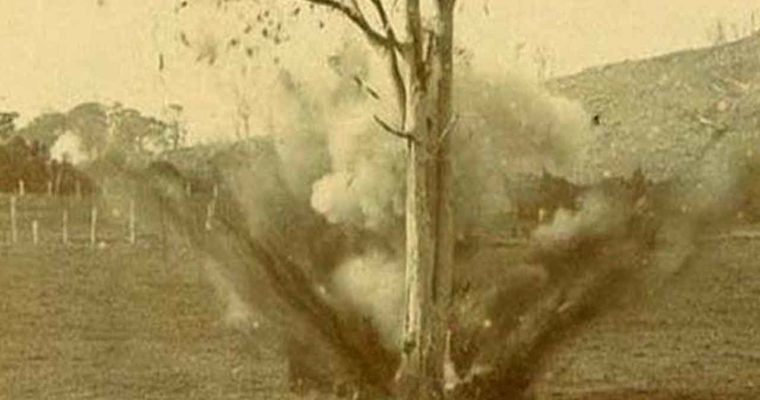 The bullet only grazed Ziegland and wedged itself in a tree behind him. The brother ran and Ziegland did not chase him. He let this whole thing go and just went back to his life as usual.

20 years after the incident, Ziegland was clearing out some of his trees to expand his farmland. One particular tree was so thick that he didn't even waste his time with trying to chop it down with an ax. He fitted dynamite to the backside of the tree and detonated it. This did not drop the tree, however, it did charge the dormant bullet that was stuck in the tree from the day his ex-girlfriend's brother tried to kill him.

The bullet traveled out of the tree and embedded itself Ziegland's brain, killing him instantly.