The Circus Graveyard in Chicago

Tragedy struck in the early morning hours of June 22, 1918, along the train tracks just outside of Hammond, Indiana. The train carried members of the Hagenbeck-Wallace Circus group, who were all asleep in the rear-most cab. They were stopped due to an overheated axle box and needed the extra time to continue onward for their next performance.

Behind them was a 21-car military troop train. It was unoccupied save for the conductor, Alonzo Sargent. He had been an engineer for 16 years with the Michigan Central Railroad. Sargent was asleep at the helm, missing all of the warning signs that another train was stopped ahead of him on the tracks. He slammed into the rear car at 35 mph. 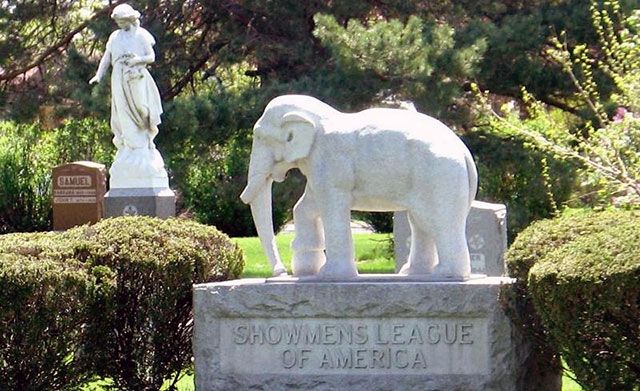 As survivors pulled themselves from the wreckage, the cars caught on fire. It's believed that everyone who perished died within the first 30 seconds of the collision. It was a tragic scene as family and friends aboard scrambled to find their loved ones, only to find them mangled in the wreckage. There were well over 200 passengers on the rails at the time of impact.

Overall, there were 127 injured and 86 dead. A mass grave was dug for the dead in Chicago’s Woodlawn Cemetery. The area had recently been purchased by the Showmen’s League of America. Many of the remains were unidentifiable. 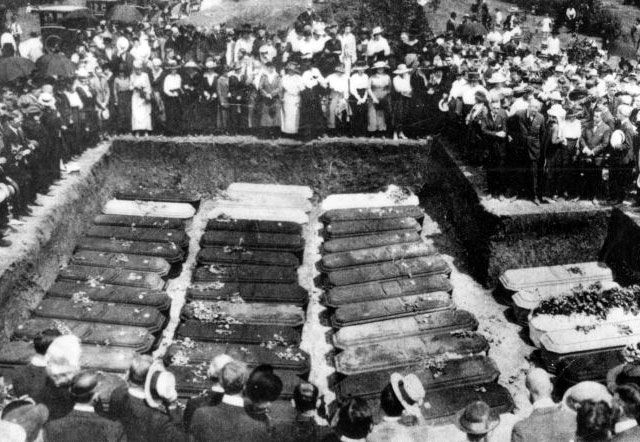 A statue of an elephant marks the beginning of the graves. Clowns, trapeze artists, strongmen, and other circus performers were laid to rest together in the grave but in their own separate caskets. Some of the headstones only marked their show names, such as "Baldy" and “Smiley.” The rest, those who couldn't be identified, were marked with headstones such as “Unknown Female #43.”

Folks from all over came to pay their respects to the actors who provided them such entertainment. It was a tragedy all around.